Organist Jimmy Smith had been preoccupied with funk jazz before, but none of his releases matched Root Down, released on Verve in 1972. 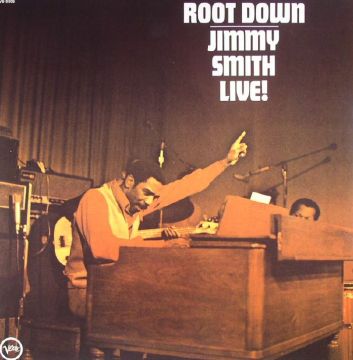 on February 8, 1972 at the Bombay Bicycle Club, Los Angeles.

Side A:
Sagg Shootin’ His Arrow
For Everyone Under The Sun
After Hours
Side B:
Root Down (And Get It)
Let’s Stay Together
Slow Down Sagg


By 1972, Jimmy Smith, the modern organ jazz pioneer who had been the most popular Hammond B3 player from his explosive start on Blue Note in 1956, was still ridin’ high. He was the biggest seller among his colleagues and toured the European circuit to much acclaim, notably the Montreux Jazz Festival. But none of his late sixties albums contained the grit and grease that was so essential to the output of the rivaling company, the independent Prestige Records, a style that was developed by the special talents of groove monsters like Charles Earland, Charles Kynard, Rusty Bryant, Idris Muhammad and Bernard Purdie. The Champ was challenged and a good fight was on.

And Root Down, recorded live on February 8 at the Bombay Bicycle Club in Los Angeles, was devoid of sucker punches. There were no bicycle races that night either. It was more like a gathering of tonewheels on the outskirts of town. Burning metal, lightning fast drawbars, bass pedals crossing the finishing line with the street crowd going berserk… Arthur Adams was featured on guitar, Steve Williams on harmonica, Wilton Felder on bass, Paul Humphrey on drums and Buck Clarke on percussion. A rock-solid, charged group that pushed maestro Smith to the edge of the circuit, an inch away from the bales of hay, which is the place where the best works of arts are usually created.

Let’s jam, y’all, let’s jam. This is music that speaks to the gut and the groin. The uptempo funk blues of Sagg Shootin’ His Arrow, Root Down (famously – or infamously depending on your view – sampled by The Beastie Boys in 1994) and Slow Down Sagg stimulates Smith to travel beyond his trademark style. Here Smith, who stands on the shoulders of the blues pianists, Charlie Parker, Count Basie and Wild Bill Davis, allows his long lines to segue into stretches of dissonance. His pitch is unwavering, his attack ferocious. Smith’s lurid funk tales are commented upon by the blistering wah-wah guitar of Arthur Adams. Fire meets fire.

Smith hurls himself into the notes of the soul tunes For Everyone Under The Sun and Al Green’ Let’s Stay Together like a tiger on a deer. Adams’ spiky (non-wah-wah) stuff mirrors The Meters’ indelible New Orleans Funk picker, Leo Nocentelli, albeit less behind the beat, more speedy. The tandem of drummer Paul Humphrey and bassist Wilton Felder bounces but never wobbles, makes myriad U-turns but never gets lost. Felder, saxophonist and co-leader of the successful funk jazz and crossover group The Crusaders in everyday life, offers a solo that is well worthwhile.

A great show in the hip pocket of Jimmy Smith. The atmosphere is electric. Obviously, the music reaches out beyond the confines of the Bombay Bicycle Club. Smith and his relatively younger lions are talkin’ to the boyz in da hood, who loved and understood the messages of Curtis Mayfield, Sly Stone, Gil Scott-Heron. Root Down is ghetto music, it’s Watts on fire and wax, a victory of rhythm miles away from the tepid world of Ed Sullivan. The astounding grit that the group displayed crawled out of the womb of the asphalt jungle, over depressed tenement buildings, mingles with addicts that crowd around fire pits at night… Root Down’s a reflection of turmoil but at the same time a display of force, a celebration of survival, and offers redemption in the form of smooth and sweaty soul that pinned Marvin Gaye to the wall and forced him to say sorry for that sexual healing bit.

Victory is all over the sleeve as well. The stretched arm and pointed finger clearly signify who’s boss!

The original album cut down the longer tracks to the 12inch format. Spotify offers the CD version with the complete performances. Listen below. 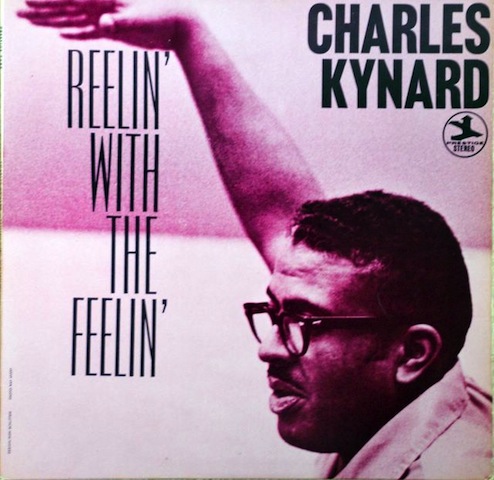 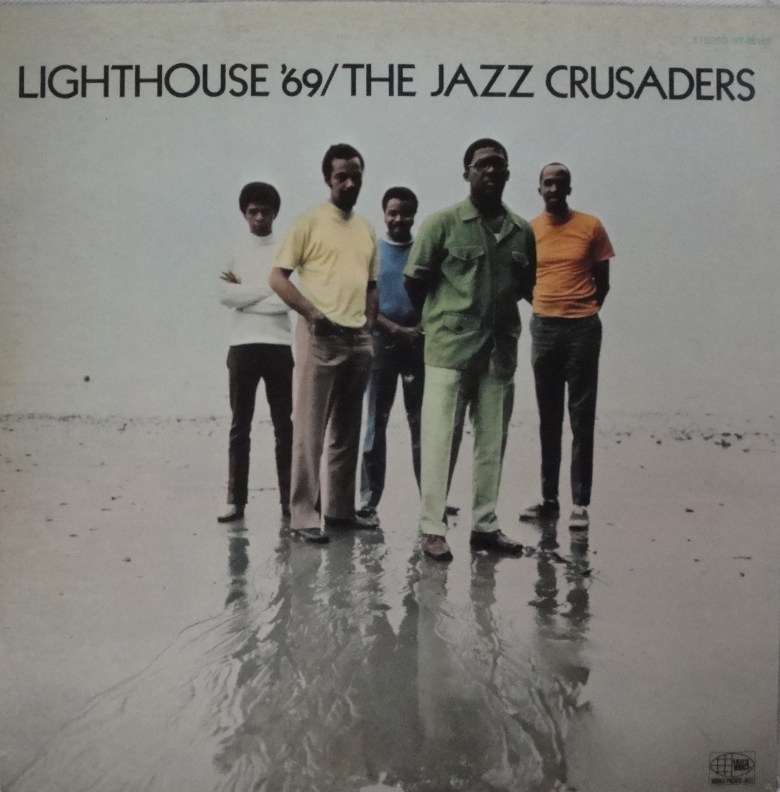 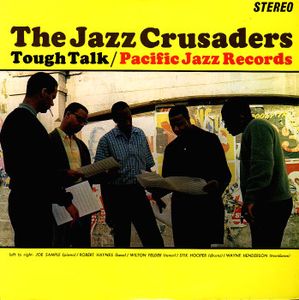