The work of organ-based groups in the late fifties and sixties, I feel, have somehow functioned as a counterbalance to a music that at times became too academic or pretentious. Its down home morals, its dance-ability and entertainment value reminded jazz of its origins, which jazz sometimes tended to forget at its own peril. 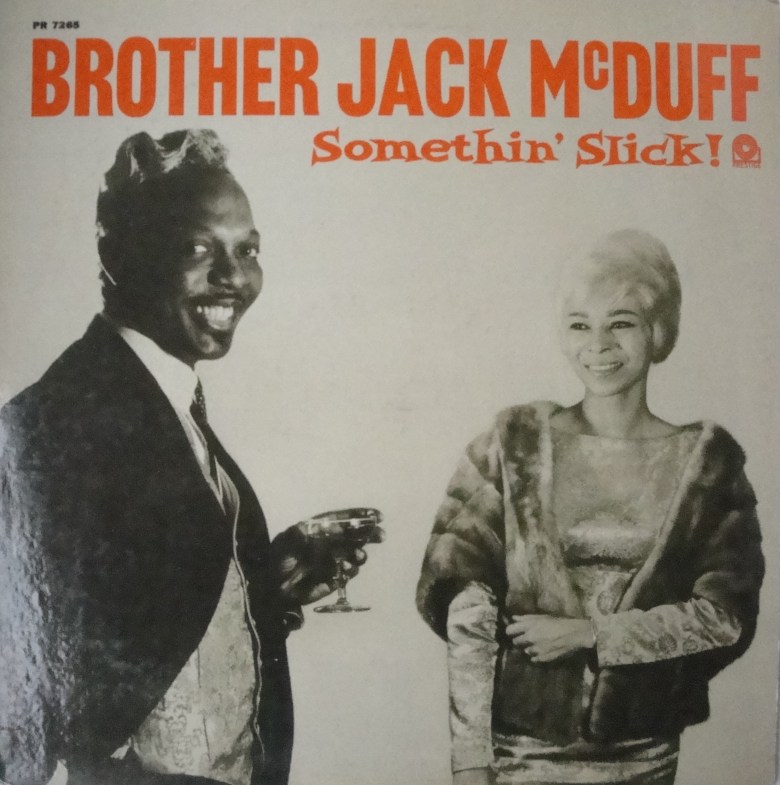 Side A:
Our Miss Brooks
Somethin’ Slick
Side B:
Smut
How High The Moon
It’s A Wonderful World


Given this scheme of happenings, Brother Jack McDuff was a key figure in keeping the flame burning. They didn’t nickname him ‘Brother’ for nothing. There is an element of church in his music that is hard to overlook. McDuff always swings and the quality of his recorded output is of a consistent, high level.

Somethin’ Slick sits well amidst a string of early career records that brought McDuff to the fore as an organist that carefully builds intense solo’s that occasionally (the title track comes to mind!) border on uncut rock&roll. It is music that kept the joint jumpin’ and the feet-a-tappin’; carefree, yet sophisticated.

A plus of this album is that certain themes are played in unison by tenor saxophonists Harold Vick and Eric Dixon. It has a nice ring to it.