For Leo Wright, transcending the limitations of blues chord sequences seemed to come naturally. At times shoutin’ with Arnett Cobbian delight and almost as vigorous a master of the startling entrance as Dexter Gordon, Wright’s command of the alto saxophone on fast tunes such as State Trooper and Poopsie’s Minor as well as slower numbers that keep the customer attentive, is definitely on par. 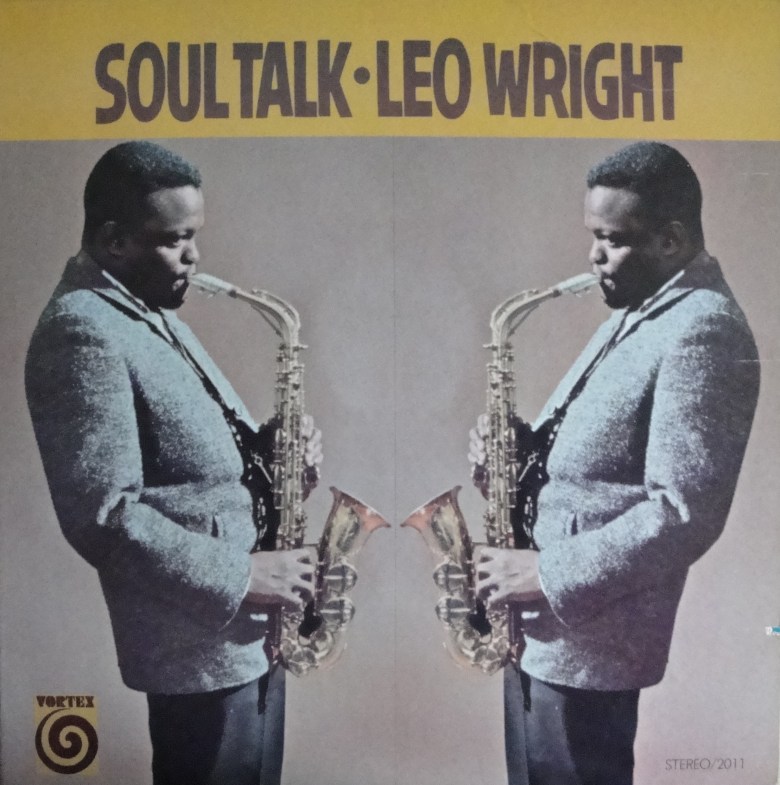 Side A:
State Trooper
Blue Leo
Sometimes I Feel Like A Motherless Child
Soul Talk
Side B:
Poopsie’s Minor
Skylark
Blues Fanfare


Wright assembled a high quality outfit consisting of Frankie Dunlop – at the time Thelonious Monk’s (already longtime) associate – Kenny Burrell and Gloria Coleman. (then wife of tenor saxophonist George Coleman, who in 1963 was with Miles Davis.) Miss Coleman’s seductive, understated play is in keeping with her Hammond B3’s crisp sound.

Leo Wright’s flute play on Soul Talk reminds us of the flute chair he held in Dizzy Gillespie’s top bands from 1959 to 1963, a stint Wright not surprisingly is best known for.

Soul Talk was released on Atlantic subsidiary Vortex in 1970. It’s part of its 2000 series and the odd one out in a series of ‘out there’ albums from among others Joe Zawinul, Steve Marcus and Sonny Sharrock. Actually, its session date has been a question mark among cogniscenti for some time, yet it’s highly unlikely that it doesn’t stem from 1963. That year also saw Leo Wright joining Gloria Coleman, drummer Pola Roberts and guitarist Grant Green on the Impulse release Soul Sisters. In fact, that group played the East Coast and had a regular gig at Branker’s in upper Harlem, New York City. (Wright stepped in with his alto sax whenever Grant Green was unavailable)

Joe Goldberg’s liner notes conclude with the hope that Wright’s group would make another album. Unfortunately, they didn’t. At the end of 1963 Leo Wright migrated to Europe.