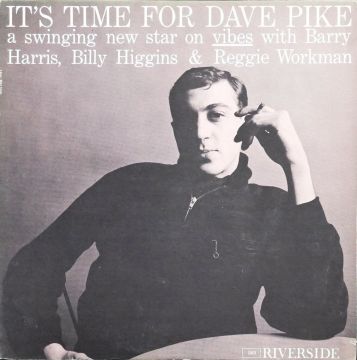 
Again, Flophouse is drawn towards the turn of that decade, a pivotal, transitional period of jazz. It’s January 1961, the past year and a half the jazz world has been shaken up by Kind Of Blue, Giant Steps and the first Ornette Coleman albums. The back-to-the-roots concept of Horace Silver and the blues-drenched organ style of Jimmy Smith are in full swing. In label-terminology: modal jazz, post-bop, free jazz, hard bop and soul jazz. To be sure, labeling is artificial, perhaps in equal measure an invention devised for explanation and marketing. But jazz is not a file that you put in a grey locker. It is a gelling of personalities and innovations.

Keyword: interconnection. However, by 1961, the label left out above, ye old bebop, was by no means exhausted, even if this was what some critics were prone to conclude at the time. You’re just a Parker-ite was a condemnation suitable for half-talents but too easily casted upon excellent players. It is not to be taken too badly. The critics had to drive through the tornado of change. We have the big picture. And in the hands of the major league, bebop was, five years after the passing of Charlie Parker, fresh as a daisy, sprightly as a little lamb in Spring. We have a number of major league personalities on It’s Time For Dave Pike. First and foremost, the leader of the date, Dave Pike. Influenced by Milt Jackson, equally virtuosic and a great interpreter of the blues, Pike went a long way to gain popularity with bossa albums and the odd psychedelic pie – The Doors Of Perception – in the sixties and experimented with other genres in the early seventies. However, Pike eventually returned to his straight-ahead roots for the remainder of his career.

Pre-eminently, Barry Harris. One would be hard-pressed to find a session where the Detroit-born pianist was involved in that didn’t quite work out. He’s like a weathered soccer player that functions as both coach and captain in the field, blessed with instinct for the perfect pass and the mental helicopter view to balance the team’s tactics. Then there’s Reggie Workman, already a strong personality on bass and drummer Billy Higgins, who was becoming an influential hard bop drummer while also being engaged in Ornette Coleman’s free extensions of the jazz language.

The enchantment of Cheryl remains present after repeating spins. It flows remarkably gently along, like calming waves that touch the Atlantic shore… A floating, natural rhythm. Pike takes a dive, brightly alternates front crawl with the butterfly. The chords and lines of Harris work like glue, keeping together the multi-faceted phrases of Pike, trading suggestions of harmonic direction with the receptive Workman and Higgins. Harris sneaks a wonderful, exuberant glissando in his typically thoughtful solo tale. If it weren’t for soccer, Harris would’ve become a maestro pattisiér, staying close to the recipe of his father while putting all kinds of detailed cherries on top. Perfect combination with the round, ringing sound of Pike, who audibly hums along with his crystal clear lines. A human voice wrung out of metal, the mallets harbingers of bebop soul with immaculate timing.

Dutch pianist Rein de Graaff regularly played with Dave Pike, who was discussed during his interview with Flophouse a couple of years ago. As far as De Graaff is concerned, It’s Time For Dave Pike was nothing short of “Charlie Parker on vibes!”. Bop master De Graaff, who semi-retired recently, pointed towards a vibraphone that stood beside the baby grand in his music room and said, “that’s the vibraphone Pike played on It’s Time. He gave it to me as a gift.” His friend had passed away six months before our interview.

You could hear a pin drop.