Radio Ga Ga. For the generation of post-war jazz fans, radio was the predominant means of discovering jazz artists, besides the odd purchase of a record or dive into the collection of a parent or relative.

Few radio shows were as enchanting as The Voice Of America’s Jazz Hour, hosted by Willis Conover. It wasn’t strictly on air in the United States. The waves went as far as Western Europe, where music lovers added the show to their favorite diet, that also included shows of the legendary Radio Luxembourg station.

No one who recounts the enjoyment of the show leaves out the recollection of Conover’s stately delivery. His warm baritone voice would, for instance, introduce Freddie Freeloader from Kind Of Blue . The speed of the voice slow as a turtle walk: “On trumpet, Miles Davis, on tenor saxophone, John Coltrane, on alto saxophone, Cannonball Adderley, on piano… Winetone Kelly. 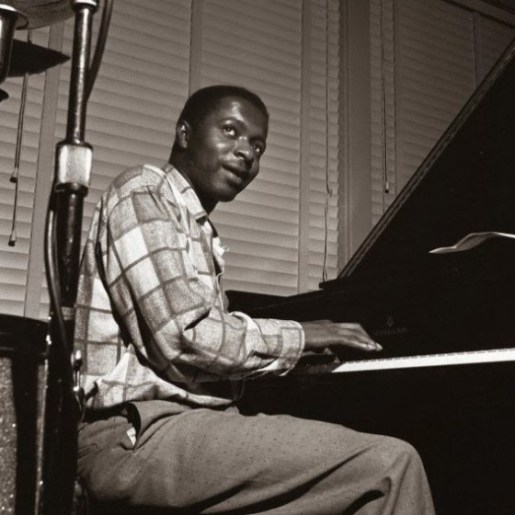 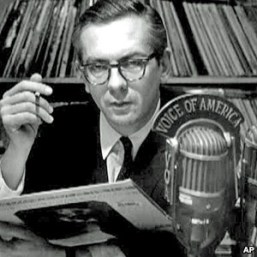 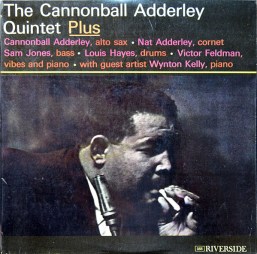 (From left to right: Wynton Kelly; Willis Conover; The Cannonball Adderley Quintet, Plus)

You can see the smile on Kelly’s face. Ergo the title of one of Kelly’s tunes: Winetone. (here) It’s a medium-tempo blues tune that appeared on The Cannonball Adderley Quintet’s Plus album from 1961. That’s plus Wynton Kelly. Well, Winetone.