At the time of Milt Jackson’ recording of Plenty, Plenty Soul, the group that he was part of, The Modern Jazz Quartet, was a major force in the jazz world. It had recorded their blend of modern jazz and chamber music on albums as Concorde, Fontessa and Django, which included the famous title track. With more time on his hands for the blues away from MJQ, Plenty, Plenty Soul showcases a freewheelin’ Milt Jackson. 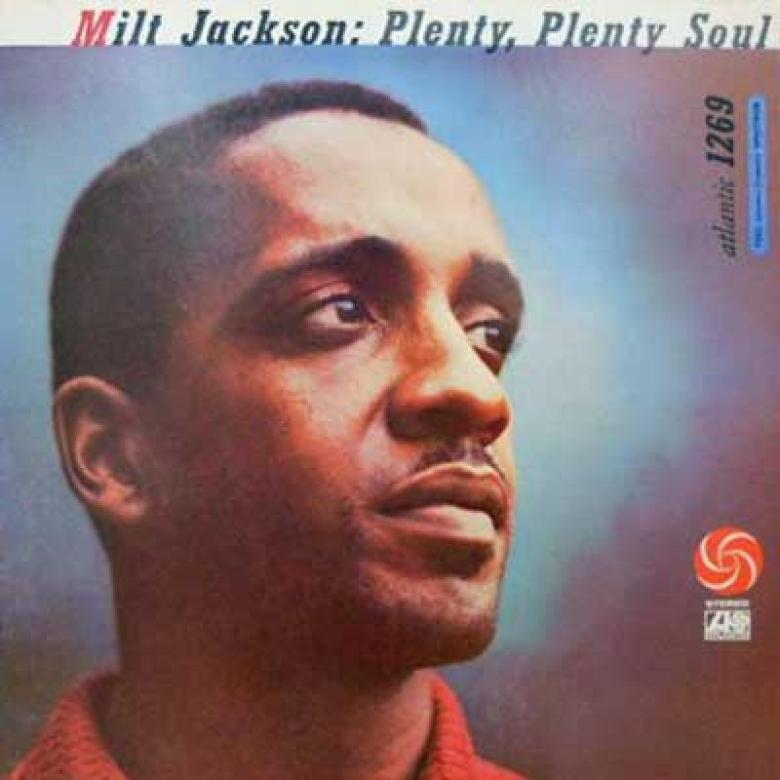 Side A:
Plenty, Plenty Soul
Boogity Boogity
Heartstrings
Side B:
Sermonette
The Spirit-Feel
Ignunt Oil
Blues At Twilight


Side A has the upper hand. The opener and title track is a long blues that includes an abundance of funky and virtuoso Milt Jackson phrases. The rhythym section of Art Blakey, Horace Silver (Silver had parted ways with Blakey’s Jazz Messengers half a year prior to this session) and Milt Jackson’s colleague form the MJQ, bassist Percy Heath, is especially exciting on the joyful Boogity Boogity. Jackson is stimulated considerably by Blakey’s amalgam of press rolls, tom attacks and nifty use of the snare drum’s metal ring. Ending side A, Jackson’s radiant sound and lyrical twists and turns are at the core of the ballad Heartstrings.

The uplifting arrangements of the first three tracks are by Quincy Jones. The solo’s by Jackson’s sidemen are excellent. Part of the all-star cast is altoist Cannonball Adderley, (credited as ‘Ronnie Peters’ for legal reasons) whose solo on Boogity Boogity is one of the album’s highlights.

In comparison to this session, the one that culminated in side B is less spiritedlacks. Milt Jackson’s other colleague from the MJQ, drummer Connie Kay, is much less energetic than Art Blakey. It’s why tunes like Nat Adderley’s pretty, infectious melody Sermonette, don’t really take off. Less exceptional than side A, side B nevertheless presents a couple of highlights. Firstly, the abundant church feeling Milt Jackson brings to his performances, especially in The Spirit Feel, makes the heart skip a beat. Secondly, Jackson demonstrates both outstanding technique (utilising the four mallet-approach) and a feeling for the blues in the slow blues Blues At Twilight. Finally, tenorist Lucky Thompson’s round tone and articulate style are responsible for the session’s merry atmosphere.

In my opinion, both sides of Milt Jackson – the ‘blowing’ kind and the MJQ-kind – deserve equal attention. The downgrading of John Lewis has been a favourite sport of Milt Jackson fans. Reportedly, Jackson hated his guts and in spite of being fed up with the quartet periodically, stayed in it for the money. Yet, Jackson fans tend to forget that Lewis’s writing and arranging skills and understated (quietly swinging) piano backing brought masterful play out of Jackson.