By the mid-sixties Willis “Gator” Jackson, who started out as a honker and shouter in the r&b field, had recorded prolifically on jazz label Prestige. Nevertheless, a burst of tenor madness always peeked around the corner. Live album Live! Action definitely brings to the fore Jackson’s trademark r&b riffing. 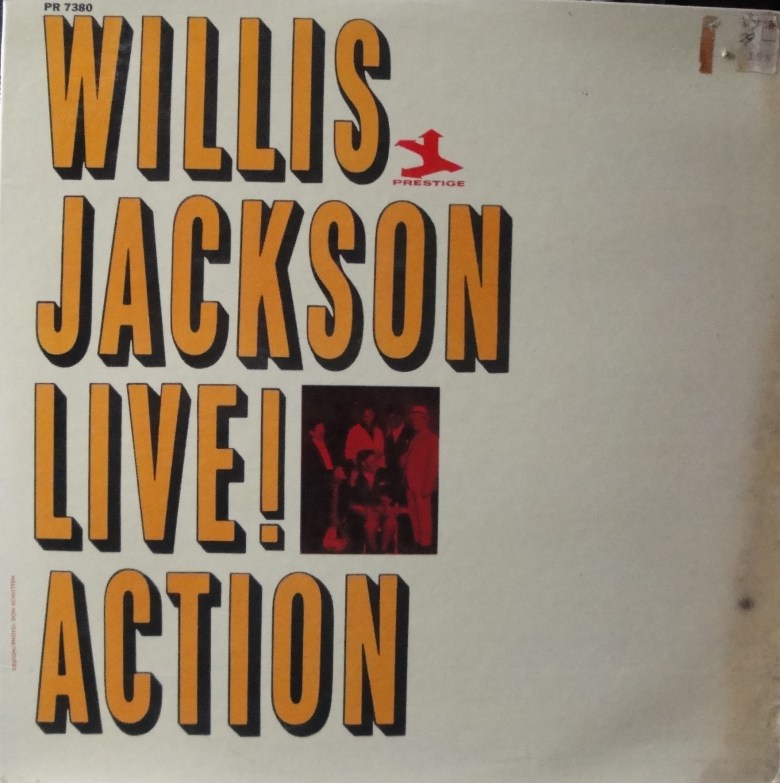 Side A:
Hello Dolly!
Annie Laurie
Blowin’ Like Hell
Blue Gator
Side B:
I’m A Fool To Want You
Gator Tail
Satin Doll


This is particularly noticable on Blowin’ Like Hell. Indeed, Jackson blows like hell! As if battling with Big Jay McNeely, keeping the honk up till kingdom come, sometimes extremely low in the register, creating a buzz that goes directly to the guts. It’s the kind of tune that breaks the bottles and the mirror behind the bar, has women screaming murder and frolically hiking up their skirts. The crowd we hear on Live! Action seems to react accordingly.

Willis Jackson had two good chart runners with Gator Tail and Blue Gator and they’re both included here, as well as a joyful rendition of Hello Dolly. A disposable version of Satin Doll, however, fails to pick up steam.

The group possesses an old-timey sense of swing and sound. The sound quality of the recording is rather poor, thus hard to digest. Luckily, there’s the added bonus of guitarist Pat Martino, (credited as Pat Azzara) whose crackerjack runs come in loud and clear. Early in his career, Martino already displays dazzling technique and pace, if not always the intention to classify stories into build-up and climax. As he would do many times in the future, Martino engages in playing octaves in Gator Tail in honor of his mentor Wes Montgomery.

Live! Action brings uncomplicated entertainment and is a design for a pleasant, toe-tappin’ night out. More than anything else, it is a happy gig.