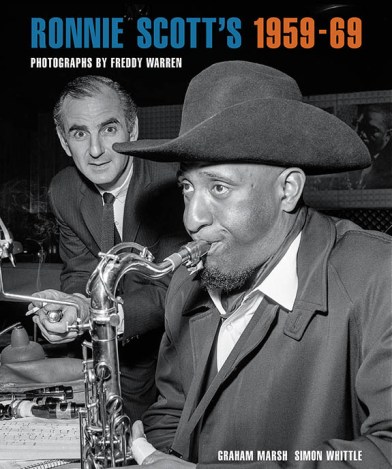 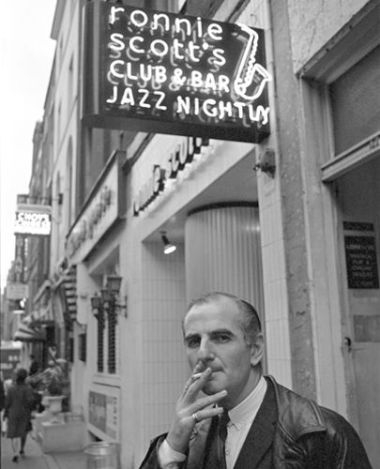 Tenor saxophonist and multi-instrumentalist Tubby Hayes took a jump across the great pond in 1961 and fitted right in. Tubbs In NY is the smash result of a gig with hi-level American colleagues Clark Terry, Horace Parlan and Eddie Costa. 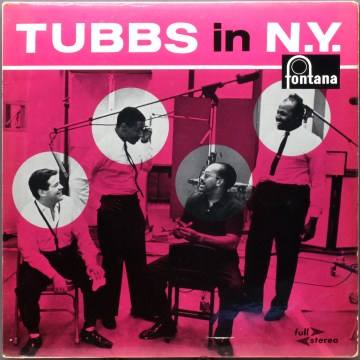 Side A:
You For Me
A Pint Of Bitter
Airegin
Side B:
Opus Ocean
Soon
Doxy


Although hardly a diaspora, more than a few Europeans visited the promised land of that thing called jazz in the fifties and sixties. Particularly the Jerusalem of jazz, New York City. For example, the Swedish Rolf Ericsson, Belgian Bobby Jaspar, German Jutta Hipp and Dutch Nico Bunnink preceded Hayes in their thirst for improving their art of improvising amongst the prime players of the day. Tubby Hayes was the first Englishman to try his hand in the USA, according to his biographer, the saxophonist Simon Spillett. He should know. Surely the American musicians, sharp in their assessment of a player’s qualities, recognized Tubby Hayes as a saxophonist who ‘got it’, indeed, could scare the shit out of anybody.

Tubbs, English icon. The North-Irish revere George Best, the English and Londoners in-the-know worship Tubby Hayes, perhaps not the greatest striker but certainly the prime tenor saxophonist in British classic jazz history. Bloke with a thirst for life, vice and freedom music, which as a logical consequence meant becoming one of the liberating forces for England’s post-war youth that eagerly tried to find its voice in the conservative, don’t-spill-from-y’r-cup-a-tea-type British society. From Raynes Park in South-London, Hayes demonstrated a natural talent for playing a variety of instruments including vibes at a young age, but mostly focused on tenor saxophone. The short Hayes, dubbed ‘The Little Giant’ by saxophonist Benny Green (Johnny Griffin: ‘Hey, Benny, I’m the Little Giant, remember? Down here, man, down here!’) ran the beloved English (hard) bop quintet The Jazz Couriers with fellow Londoner, the illustrious English saxophonist and club owner Ronnie Scott during the years 1957-59.

After Tubbs In NY, Hayes was invited over again, resulting in Return Visit (Fontana, 1963) and a number of US appearances in ’64 and ’65, yet Hayes didn’t quite get a foothold in the US. Instead, he remained busy in the UK, expanding his territory into the radio, tv and film world, although the lull that had set in in the jazz business as a result of pop music’s reign also affected Hayes. His later years were marked by a deteriorating health. Hayes passed away in 1973.

Somehow the solo’s of Tubby Hayes roll on like steam trains, he laughs hearthily and makes swift, surprising U-turns while the intermittent plethora of notes serves as the glue between chapters of fascinating tales. He has a big sound and a fiery style influenced by Coltrane, Rollins, Mobley and, by his own account, Zoot Sims. A swinger. Working with a set of familiar tunes and changes, the presidential style of Hayes blends neatly with the solid rhythm section of veteran bass player George Duvivier and drummer Dave Bailey, pianist Horace Parlan’s mix of angular bop and percussive gospel tinges, the buoyant, masterful Clark Terry and suavely swinging Eddie Costa.

Hayes takes on two Rollins originals, Airegin and Doxy, showing he’s the kind of player that’s present from note one, no bullshit. The Clark Terry composition A Pint Of Bitter’s loping tempo suggests that, in spite of his reputation, Tubbs doesn’t wash it away in a few swallows but at least parks it a few secs at the bar while lighting a cig, always keeping the flame slightly under the tip. How unlike the hooligans that wobble down the alleys of Amsterdam’s Red Light District, throwing up on the sidewalk in between gulps.

Highlights? Certainly Gershwin’s Soon qualifies, Hayes rollercoasting through it with the panache of an Olympic slalom ski champion. Lean in the hips, no doubt.