No either/or for trombonist Julian Priester, who switches smoothly from avant-garde and fusion to hard bop, and back. His 1960 debut album on Riverside, Keep Swingin’, fits neatly in the latter category. 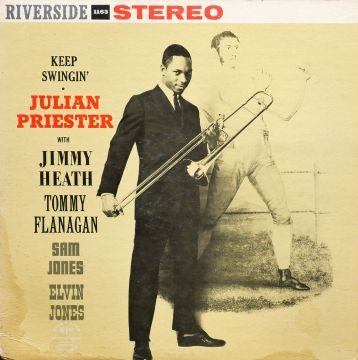 Side A:
24-hour leave
The End
1239A
Just Friends
Side B:
Bob T’s Blues
Under The Surface
Once In A While
Julian’s Tune


Here’s an open-minded gentleman who isn’t satisfied to keep playing in the same bag for the rest of his days. In high demand by stalwarts of modern jazz, Priester played and recorded with Max Roach, Art Blakey, Johnny Griffin, Blue Mitchell, Freddie Hubbard, Lee Morgan, Booker Little, Clifford Jordan, Stanley Turrentine and McCoy Tyner. Then too he was part of Sun Ra’s orchestra on and off from 1956 to 1995. In the early 70s, Priester held the trombone chair in the Duke Ellington Orchestra. One year – 1969 – Priester was featured on organist Lonnie Smith’s The Turning Point, the other – 1970 – he joined the experimental Mwhandishi band of Herbie Hancock for three years. Priester cooperated with Charlie Haden, Eddie Henderson, Dave Holland and Anthony Braxton. Yet, his teenage years in Chicago, where Priester was born in 1935, were spent on stage with blues and r&b legends as Muddy Waters and Bo Diddley. Well, avant-garde doesn’t mean anything if it at least has a semblance of the roots, right? Right. Discussion forum’s open. Draft or bottle?

One can imagine what attracted Duke Ellington to Julian Priester. Priester is skilled in the modern approach of pioneer J.J. Johnson, not a specialist of certain techniques like the earlier Ellington trombonists, but his sound is tart and joyful. His fluent lines have sustained swing and his phrases have built-in blues feeling. In 1960, while he was part of Max Roach’s group, Priester set himself in the limelight with two releases. Generally, Spiritsville is the album that gets the attention on the world wide jazz web. It’s a fine album that boasts the challenging tune Excursion and a great ballad reading by Priester of It Might As Well Be Spring. However, it’s weird that Keep Swingin’ is largely ignored.

There’s swing and then there’s swing. Spiritsville, with McCoy Tyner, Sam Jones and Art Taylor in tow, has no lack of it. Yet I feel that, somehow, the juices aren’t really flowing, the spirit is held in check by God knows what. Something between the devil and the deep blue Hudson River. Keep Swingin’ may not be a classic session, but it has the edge on Spiritsville.

The line-up includes tenor saxophonist Jimmy Heath, pianist Tommy Flanagan, bassist Sam Jones and drummer Elvin Jones. The stars stood in the right spot, the time was right, the guys were in sync, in a happy mood, comfortable. The Detroit cats, Elvin Jones and Tommy Flanagan, were cracking jokes, is what one is liable to imagine. Because the mood is right. The session is relaxed yet urgent. There are a number of blues-based tunes like Heath’s 24-Hour Leave, Priester’s Bob T’s Blues, bop-inflected tunes like Priester’s The End, Under The Surface, Charles Davis’ 1239A, the standard Just Friends and the Edwards/Greene ballad Once In A While. Bob T’s Blues is a low-down mean slow blues.

Priester’s in-your-face handling of the Just Friends melody after the solos, coupled with his booming sound, is a gas. Jimmy Heath is fiery and gutsy. Flanagan is sprightly as spring water. His lines, full of ideas, move so effortlessly! Sam Jones and Elvin Jones are tight-knit and greasy, Elvin Jones is on top, teasing Sam like (although they’re not related) the older brother throwing curve balls to the kid brother with a bat that’s too big for comfort. They’re like a steam locomotive that, if asked for, could keep running from here to eternity, and back. Priester is at the wheel, smiling.

Julian Priester lives in New York City, where he plays and teaches.

Listen to Keep Swinging’ and Spiritsville back to back on Spotify below. 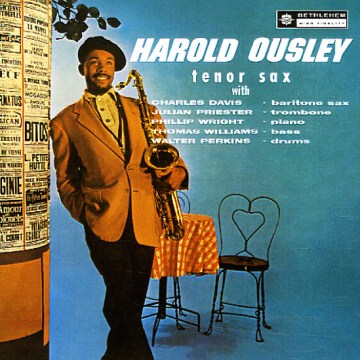 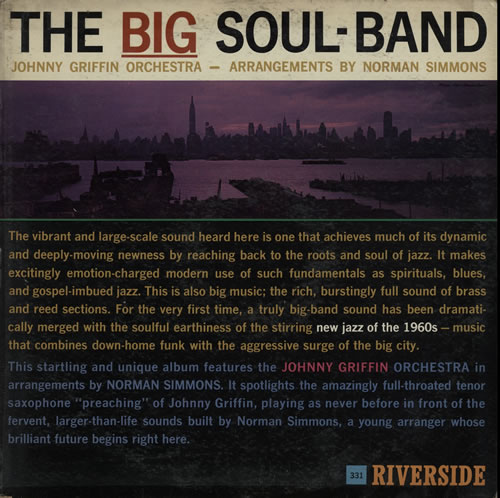