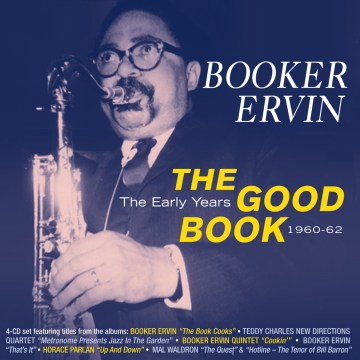 Acrobat released a 4CD set of Booker Ervin: The Good Book – The Early Years 1960-1962. It is a compilation of performances from Ervin’s debut album The Book Cooks, That’s It and guest appearances on albums by Horace Parlan, Mal Waldron, Teddy Charles and Bill Barron. At the time, the Denison, Texas-born Ervin had just made his mark in the group of Charles Mingus, his forceful, fire and brimstone-style being a big asset on classic albums as, among others, Mingus Ah Um and Blues & Roots. Ervin was ready to capitalize on his recent exposure through the Mingus association, but regardless of his recording activity life as a freelancer in New York was tough. It turned out that the tenor saxophonist never really gained the public acclaim he deserved.

There are a number of misunderstandings about the life and career of Booker Ervin, a tenor saxophonist adored by legions of classic jazz fans and, to be sure, certainly also derided by some because of his supposedly ‘superficial’ wailing style. For one thing, Booker Ervin is a sincere, passionate and unique saxophonist but not the harmonically advanced Coltranesque musician a number of critics and aficionados believed him to be. The English saxophonist and writer Simon Spillett, who wrote the liner notes to The Good Book, tackles other myths as well about the life and style of Ervin, who died in 1969 at the age of 39. Rarely does the jazz fan encounter such extensive and insightful essays. Spillett has written the definitive account of Ervin’s life and offers a balanced evaluation of his legacy in a booklet that would look far from silly as a separate publication. On the contrary. 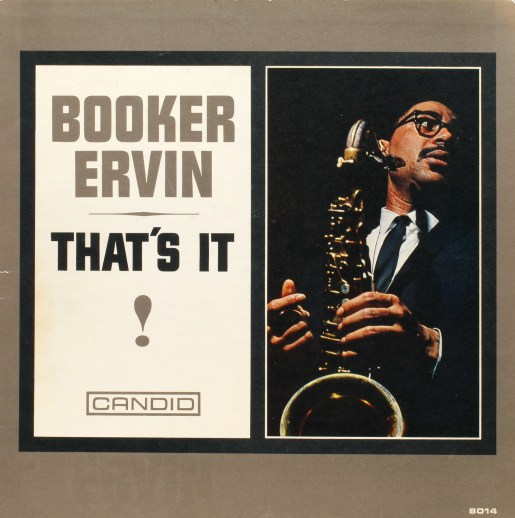 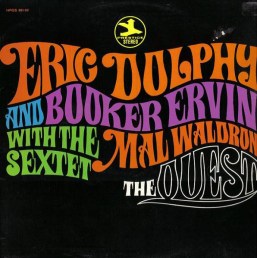 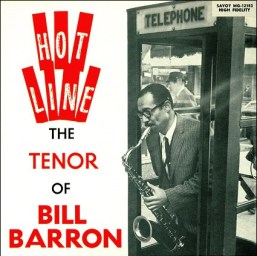 The Book Cooks showed Ervin’s potential, That’s It perfectly nails his singular aesthetic. The contrast of his style with Eric Dolphy’s on Mal Waldron’s The Quest is one of the reasons why that album is epic. Acrobat also picked intriguing albums by Bill Barron (Hot Line – The Tenor Of Bill Barron) and Teddy Charles (Metronome Presents Jazz In The Garden At The Museum Of Modern Art), both very collectable LP’s. Hopefully Acrobat will focus on mid-and late career in the future.

As the reflection of a typically volatile live performance of Charles Mingus, Right Now: Live At The Jazz Work Shop is indispensable. 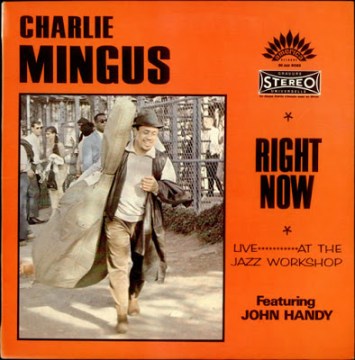 Side A:
New Fables
Side B:
Meditation (For A Pair Of Wire Cutters)


By 1964, bassist and composer Charles Mingus had been in the business for two decades, contributing to the bebop revolution and recording landmark albums that stretched the boundaries of mainstream jazz, such as Pithecanthropus Erectus, Mingus Ah Um and Black Saint And The Sinner Lady. In the summer of that year, the beguiling line-up of Mingus’ latest group including reed wizard Eric Dolphy had partly disbanded. Pianist Jaki Byard’s last appearance with Mingus had been in April. Trumpeter Johnny Coles fell ill and Dolphy stayed behind in Berlin after their European tour. (where Dolphy died from a diabetes attack on June 28, three weeks after Mingus recorded Right Now) Of that group, tenorist Clifford Jordan remained alongside the longtime Mingus sidekick on the drums, Danny Richmond. Right Now doesn’t give the impression that Mingus temporarily lacked inspiration because of Dolphy’s and Byard’s absence. On the contrary.

New Fables is a reworking of Fables Of Faubles, Mingus’ famous biting protest tune directed against the segregationist governer of Arkansas, Orval E. Faubus. Mingus continued playing the other composition of the album, Meditation On Integration, from the ‘Dolphy’-era, giddily retitled as Meditation (For A Pair Of Wire Cutters). Both tunes cross the 23 minutes line, but keep interesting to the last note. It’s a revealing experience to hear Mingus direct the flow of the music in New Fables through his driving, immaculate bass playing, shifting tempo’s like a madman and pushing the group to segue into and out of themes, wild shuffles, a cappella horn parts and slow blues parts. Tenorist Clifford Jordan is inspired to go well beyond his game and John Handy, who had a history in Mingus groups, puts in a hard-driving mix of bop and blues. Mingus also stokes up the fire with his archetypical, hoarse exhortations that sound like crosses between the fire and brimstone of the altar and the hog call.

An equally rousing personality as Mingus, drummer Danny Richmond is integral to the group’s spontaneous combustion. He blends proficiency with intuition and has the guts to veer off track, the road always lead home. Take into account that home, in this case, isn’t your everyday, suburban household. Mingus and Richmond have always been on the same page and their shared energy level on Right Now is absolutely crazy! The way they steer their way through Meditation’s first five minutes from the percussive opening driven by Mingus bowed bass, via a barnstorming swing section to a lovely, warm ballad bit, is breathtaking.

And then there’s Jane Getz. No relation to Stan. Not a household name, but a female jazz personality with a peculiar and outstanding career. A child prodigy on piano who’d spent her childhood in Los Angeles, Getz moved to New York when she was 15 and quickly acquainted herself with contemporary leading figures, playing with Pony Pointdexter, Pharoah Sanders, Charles Lloyd, Roland Kirk, Elvin Jones, Stan, yes, Getz, and, eventually, performing with Mingus. Dropping out of the jazz scene when she secured a RCA deal as a session musician and producer in L.A., the seventies and eighties found her working on albums by the likes of John Lennon, Harry Nilsson and The Bee Gees, as well as recording country music as Mother Hen. It was only in the early nineties that she returned to jazz. Getz struck up a fruitful association with saxophonist Dale Fielder (who chronicles the life and career of Getz on his blog here) in 1995, which remains to this day.

Thrown into the barnstorm of a Mingus session at the last minute, with a couple of complex charts in front of her ten fingers and eighty-eight keys, Getz fazes the controlled chaos of Mingus couragiously. Her accompaniment is robust and edgy, she puts in some interesting thematic variations behind the soloists. Her transparant, long lines in Meditation bring to mind the modal moods of mid-sixties McCoy Tyner and Herbie Hancock. I’m a sucker for the disturbing ‘banging’ sound of piano, bass and drums that signal new sections in New Fables around the third minute that alludes to modern classical composers such as Edgar Varese. Or maybe they were just trying to blow off the Jazz Workshop’s rooftop. At any rate, although I know I have it coming, it keeps shaking my nervous system time and again in a rather mysterious, euphoric manner. Being hurled into the shredder by The Baron. A recognizable feeling for many jazz fans, I’m sure.