No doubt one of the finest disciples of Jimmy Smith, organist Gene Ludwig tried to make his mark with This Is Gene Ludwig in 1965. 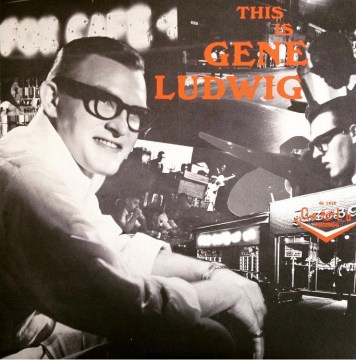 Side A:
Night In Tunesia
We’ll Be Together Again
Something Happens To Me
Side B:
Softly As In A Morning Sunrise
Summertime
No Blues


Pittsburgh and Pennsylvania had a large community of German descent. Immigrants from Germany entered the region at the start of the 20th century, where they often found work in the steel mills, competing with the flood of Afro-Americans from the rural South. Art Blakey is from Pittsburgh. Organist Gene Ludwig hails from Twin Rock, Pennsylvania and grew up in Steel City, which developed a strong base of black music clubs. At the Hurricane club, Ludwig saw a performance of the daddy of modern organ jazz, Jimmy Smith.

Gene Ludwig made no bones about it. He was hooked. In the liner notes to This Is Gene Ludwig, he says: “Jimmy Smith is my soul and my inspiration.” With evident zest, Ludwig pursued his instincts on his third album as a leader, recorded independently by Ludwig for “GeLu” Records in Pittsburgh in 1965 in the company of guitarist Jerry Byrd and drummer Randle Gelispie, at that point a cooperative unit for already six years.

This, indeed, is serious organ combo stuff. The trio gets into a relaxed groove on Something Happens To Me, Summertime and Miles Davis’ No Blues, while Ludwig balladeers nicely on We’ll Be Together Again. Undoubtedly, the hottest meal consists of Night In Tunesia and Softly As In A Morning Sunrise, bop tune and bop vehicle respectively, that has Ludwig burnin’ down the house with ever-growing intensity. Jerry Byrd, who also is featured on Don Patterson’s Satisfaction, finds a fiery balance between bop and blues. Randle Gelispie regularly adds some fuel to the fire.

Below par production, especially the distant sound of Byrd, is unfortunate. In hindsight, you would wish for Ludwig to have been recorded at least once in Rudy van Gelder’s Englewood Cliffs studio. Or Bell Sound. Or Ter-Mar. Surely, Ludwig would have made an even better impression.

Two albums preceded This Is Gene Ludwig: Organ Out Loud and The Educational Sounds Of Gene Ludwig. Ludwig played on Sonny Stitt’s Night Letter and cooperated with guitar wizard Pat Martino, as can be heard on the 2016 High Note release Young Guns 1968-70. Good company. Ludwig’s next stop was Now’s The Time on Muse in 1980. While settling as a respected performer in Pittsburgh and on the East Coast, Ludwig recorded for smaller independent labels in the ‘00s.

Again, from the liner notes, we have Ludwig answering matter-of-factly the question if there have been any financial rewards so far: “No.” Not enough room at the top. This however can’t hide the fact that Ludwig was an outstanding exponent of modern organ jazz.