The Jody Grind is the last great record of Horace Silver on Blue Note. 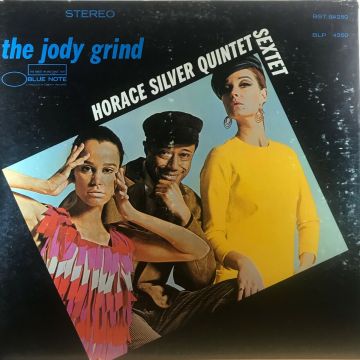 
It’s so damn hard to choose between favorite records and bands of the Horace Silver Quintet. His pioneering hard bop group “The Jazz Messengers” of the Horace Silver Quintet featuring Kenny Dorham, Hank Mobley, Doug Watkins and Art Blakey is high on top of the list. Thumps up too for Silver’s group including Blue Mitchell, Junior Cook, Eugene Taylor and Louis Hayes/Roy Brooks. Blowin’ The Blues Away, Horace-Scope, Doin’ The Thing and Song For My Father are generally considered perfect showcases of a leader and band at the top of its game. But what about Further Explorations with Art Farmer and Clifford Jordan… That record may represent the complete synthesis of Silver’s soulful style and clever writing.

Then there’s The Jody Grind. The sleeve, always a principal factor of the charm of Blue Note albums, isn’t very promising. I’m not sure what Horace is thinking, chin resting on his hand, smiling mildly. Hey baby, what’s up with your hands? Headache? Swallowed a blue note? And what’s with the lady on the right? Looking with overrated expertise at an overrated modern painting? I’m not sure what label boss Alfred Lion was thinking. Obviously, designer Reid Miles was out to lunch. And two white birds on one sleeve was a rarity. Up until then, Blue Note had presented the blackest of black jazz, from the music, art work to the market place. Obviously, Blue Note wanted a little bite from the big white cake as well. Anyhow, The Grind cover is square, a far cry from the hip designs with the sassy ladies on Freddie Roach’s Brown Sugar, John Patton’s Oh Baby and Jimmy McGriff’s Electric Funk. Presumably, covers depicting attractive women were good sellers in general, regardless of color, but these swinging sleeves were unsurpassable! 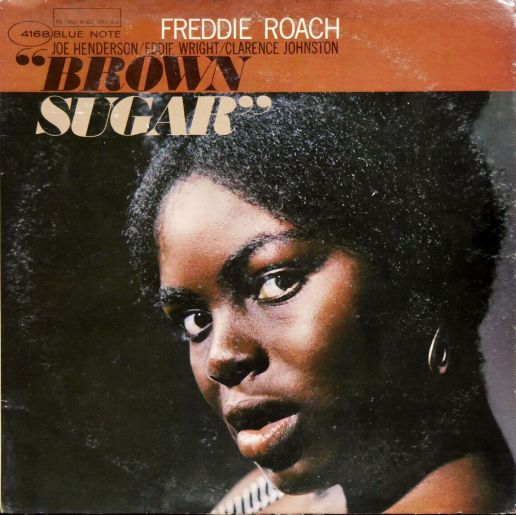 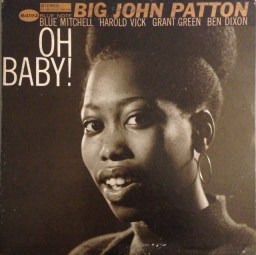 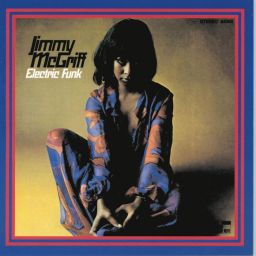 To be sure, by the tail end of 1966, Lion was about the leave the company, heading for Mexico and a career as a ‘pensionado’ photographer. In 1967, Blue Note was taken over by Liberty. However, Silver and co-boss Francis Wolff were loyal to each other. The pianist recorded for Blue Note until 1980.

Other than the sleeve, The Jody Grind is a killer. The tunes may not always possess the typical intricate devices of the Silver Stew such as secondary motives and extended chord progressions. But the tunes are infectious and plainly irresistible. The Jody Grind may be a perspicuous attempt at a new Sidewinder hit, but it is a lively boogaloo, Dimples is a smooth and soulful waltz, Blue Silver a tacky and deep-rooted slow blues, Mary Lou a Latin-tinged beauty, Mexican Hip Dance a first-class hip shaker and Grease Piece an overwhelming romp.

Furthermore, the band is crazy. 21-year old Woody Shaw, three years in the major league game since his contribution to Eric Dolphy’s Iron Man and Larry Young’s eponymous Unity, is as mature as few 40-somethings will ever be, his linear development excellent, richness of ideas striking, hotness of his delivery upsetting. Tenor saxophonist Tyrone Washington has similar fire, he’s an edgy player one might place somewhere between Joe Henderson and Booker Ervin and, if perhaps not of equal repute, whose bended, wailin’ notes add considerable flavor to his storytelling. James Spaulding contributes flute, but his moment of glory is a belligerent Coltrane-esque solo on alto sax during Grease Piece.

The secret of The Jody Grind’s succes, to me, is drummer Roger Humphries. Kudos to Humphries, who was also on Song For My Father, and who is a fantastic extension of Louis Hayes, demonstrating a similar mix of accompanying tricks and punch. Punch? Mayhem! During Grease Piece, it is as if Humphries has swallowed two Art Blakey pills and drank one glass of Elvin Jones.

Silver added a number of trademark shout choruses that considerably heighten the tension. His solo of Blue Silver is a marvel of economy and soul.

As you may have noticed, The Jody Grind goes to my head. Winner!