There were a couple of tracks from organist Brother Jack McDuff’s performance at Antibes on YouTube, and now Jazz3+ uploaded 36 solid minutes of McDuff’s quartet on the Côte d’Azur in France. See here. Unforgettable stuff!

McDuff’s quartet consisted of tenor saxophonist Red Holloway, guitarist George Benson and drummer Joe Dukes. None of McDuff’s groups, in my opinion, matched this quartet in drive and fire, few if any of the other organ combo’s of that period in fact. Definitely his hottest band. At times, Brother Jack McDuff seemed possessed, effortlessly incorporating the fire and brimstone of the black church in his modern style. He had been a popular recording artist on Prestige since 1960.

The chemistry between McDuff and drummer Joe Dukes was unbelievable, soul jazz drum pioneer Joe Dukes anticipated every move of McDuff and the tune changes with an assault of continuous accents and rolls, adapting big band style to the blues. Red Holloway did time on the r&b circuit and was a strong-sounding swinger. Young Benson joined McDuff in 1963. It was his first break. Benson was a flashy lightning bolt of a guitarist, also drenched in r&b, and quickly developed into an exciting jazz player. McDuff’s quartet was on the road for two straight years on the East Coast and in the Mid-West. 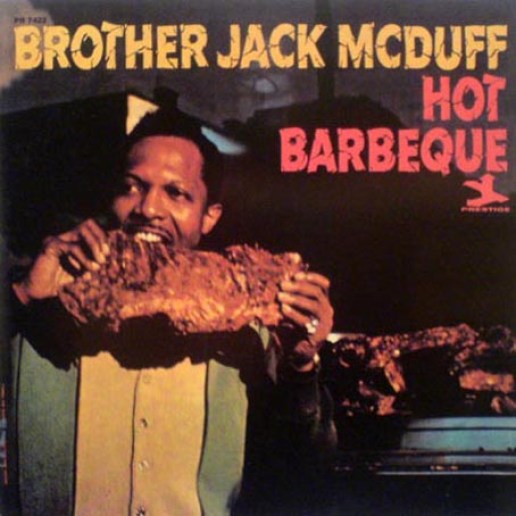 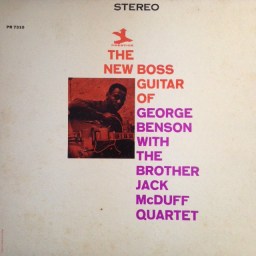 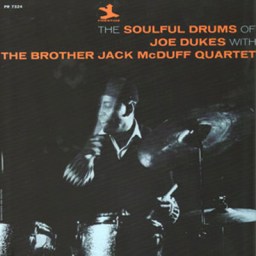 McDuff and Joe Dukes were excellent teachers but tough customers. McDuff regularly shouted obscenities to Benson on stage, ‘if he had just the right (or wrong) amount of booze or weed.’ Joe Dukes, ‘such a magnificent drummer that there were times I thought he was one of the greatest things that ever happened to mankind’ was especially hard on the 19-year old prodigy, who alledgedly picked up too many girls for the taste of the envious drummer.

“Finally, after a particularly nasty rant, I snapped: ‘If y’all don’t lay off, I’m gonna take y’all outside and beat y’all old men up! I’m nineteen years old! Y’all can’t take me! We’re going out in the alley, right now! McDuff and Dukes just stared at me for a second, then they both pulled out switchblades. But that didn’t stop me: “I don’t care! Y’all don’t scare me! Bring your switchblades into the alley! I’ll beat y’all up anyhow!” Fortunately, cooler heads prevailed: nobody went into the alley, and nobody got beaten up. But it got them off my back.”

“In retrospect, I’m glad they stayed on my back; granted, their methods were barbaric, but for the most part, it was about making me a better musician so we’d be a better band.”

Great story. One of the better bands indeed. The McDuff Quartet fired on all cylinders, as you can see on the Antibes footage. Enjoy!

(Thanks, The London Jazz Organ)