With a little help from his Jazz Messengers pals, Hank Mobley turned in a top form performance on his debut as a leader, Hank Mobley Quartet.

Side A:
Hank’s Prank
My Sin
Avila And Tequila
Side B:
Walkin’ The Fence
Love For Sale
Just Coolin’

Quartet, 27 minutes of music released on 10inch, is not Soul Station, Roll Call or Workout, albums that signified Mobley as the epitome of hard bop tenor saxophone. It does already showcase a fully-formed style. The round, silken yet smoky tone, slightly behind-the-beat time, relaxed flowing stories, the tension being built up effortlessly, the inherent blues. That’s the sound and the style of a smooth operator. Women gravitate to him naturally like summer flies to a cocktail… See him sitting and chatting at the bar, a man of few words, a mix of authority and vulnerability, level-headedness and flamboyance, a far cry from machismo… a handsome cat but the anti-thesis of the placid, scrubbed clerk, instead walking around with a stub from Monday night at the Village Vanguard to Friday night at the Five Spot.

Mobley, a prolific writer of clever and catchy tunes, turns in five out of six original compositions on Quartet. The repertoire, albeit still largely grounded in bebop, benefits from the new possibilities for jazz that Silver, Blakey, Miles Davis, Lou Donaldson found in rhythm, pace, tempo and the roots of jazz. The steam of Blakey during Hank’s Prank must’ve filled up the little legendary Hackensack studio room of engineer Rudy van Gelder like the fog filling up a Tennessee back porch.

Few ride the waves of the Blakey beat with the unhurried drive of Hank Mobley. Mobley’s story is a vivacious package of phrases kickstarted by crisp, surprising entrances. The standard tune of the set, Love For Sale, has such a typically splendid entrance. Mobley’s ensuing solo swings effortlessly, resonant lines biting each other’s tales in perfectly logical fashion. The tight-knit, fiery ‘Messengers rhythm section’ flies through Walkin’ The Fence, a composition that resembles Charlie Parker’s Now’s The Time, which Horace Silver quotes in one of his tasty, sparse, down-home statements.

Why Quartet didn’t turn out to be Quintet with the logical inclusion of trumpeter Kenny Dorham, Mobley’s legendary frontline pal of the Messengers, is perhaps due to the simple fact that Dorham was out of town. Their ensemble playing was something special. But Mobley is doing ok by himself, carries his debut album with grace and authority.

Post scriptum: why did Francis Wolff, famed co-owner and photographer of Blue Note, place a pic of Hank Mobley on the sleeve with his face half-hidden in the shadow? And do it again on Horace Silver’s first epic Messengers album? (including Hank Mobley) Another BIG NERDY question: why did United Artists headquarters, which had taken over Blue Note in 1970, leave out the ‘curly smoke line-up’ coming out of Mobley’s mouthpiece on the sleeve of their 1975 pressing? It looked so awfully cool. A case, perhaps, for London Jazz Collector’s Vinyl Detective. The classic jazz and vinyl website, by the way, published a revealing article on the evolution of 10inch to 12inch in 2015, including Hank Mobley Quartet, see here. 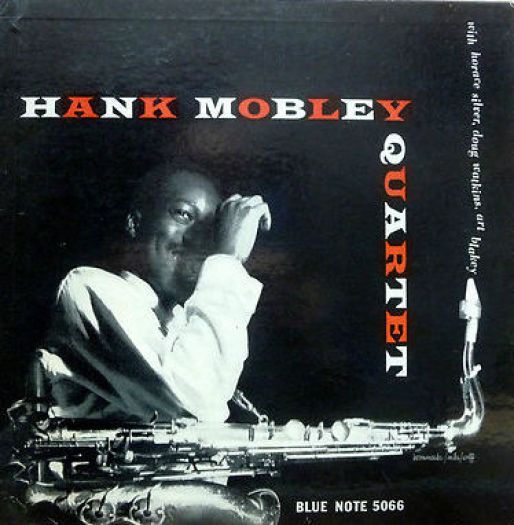 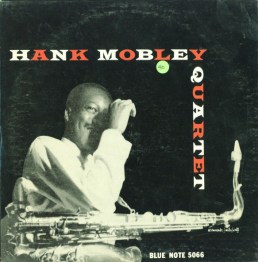 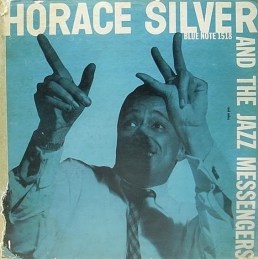 PSII: Poor Mr. Silver’s face not only lurks in dark corners, the dog is about to chew him to pieces as well.