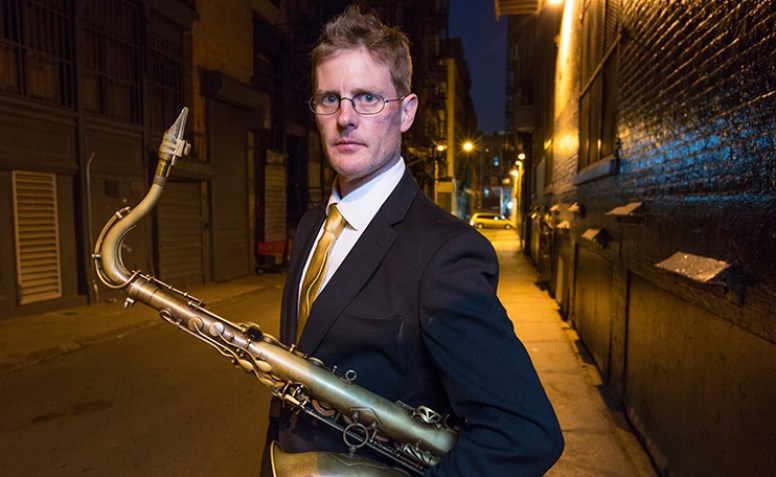 Eric Alexander picks some of his favorite recordings. “Do you want to go on a two-month vacation to discuss?!

Alexander, artist-in-residence at the Rabobank Amersfoort Jazz Festival from May 24-27, strolls through the square on a blistering hot Sunday evening, crisp and booming sounds from Henk Meutgeert’s Youth Orchestra emanating from the stage. He’s talking to the promising pianist Timothy Banchet, who listens intently. Erect posture, dark sunglasses, black suit. One could easily mistake Alexander for Vic Vega from Quinten Tarantino’s Reservoir Dogs. The tenor saxophonist means business. But he also has a soft spot as the family man that he is at heart. “Playing acoustic jazz is a tremendous joy. If what I feel strongly about makes someone step out of his everyday routine, that’s a blessing. The greatest joy in my life other than being with my family.”

Now Alexander is backstage, buried in his chair. In between the festival’s Sunday jam sessions. “Then I’ll fly home on Tuesday and get to work on kicking this Grolsch habit. So, let’s focus on the records that I like and maybe a lot of people haven’t heard. Of course I can say I love A Love Supreme, but everybody will, and does. I’m going with the weird ones.”

“You know that record of Eddie Harris with Jimmy Smith, live at Keystone Corner? (All The Way Live, 1981, FM) The first tune (Alexander hums the line) is a blues in F, I forget the title. (You’ll See, FM) Eddie’s solo is outrageous. Most young players don’t even know who Eddie Harris is. That’s ridiculous. The man is a combination of sorts. He plays bebop, like Sonny Stitt at points. He plays so bluesy it hurts, he’s a real blues player. Then he is funky. And plays ‘out’. This blues in F might be one of the greatest blues-in-F-solos at this tempo ever.”

“Most people don’t know about Clifford Jordan’s Glass Bead Games. (Strata-East 1974) It’s epic. It eschews musical bullying, it’s totally organic. No musician is more important than the other one. They’re floating around like pals on a magic carpet. That’s interesting, because most groups aren’t like that.” 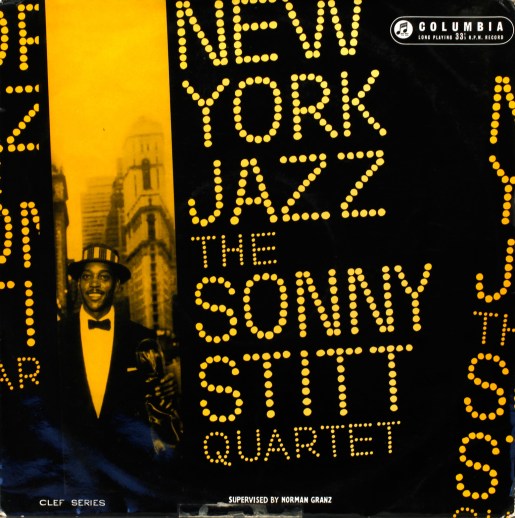 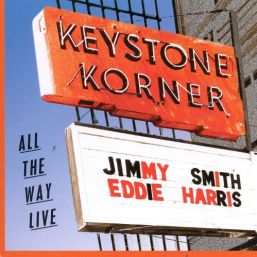 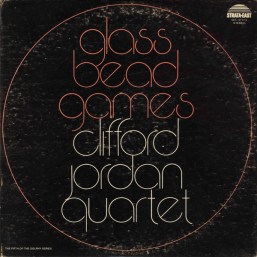 “Sonny Stitt? He did so many records, literally hundreds. Take the money and run. So there’s bound to be some lesser-known gem. Probably the greatest alto saxophone solo of an uptempo tune is I Know That You Know from the album New York Jazz. It includes Ray Brown and Papa Jo Jones (Verve 1956: it also includes pianist Jimmy Jones, FM) Ray Brown is challenging Sonny Stitt to see who’s going to rush, who’ll be more on top of the beat. Papa Jo is a bit freaked out and a little behind. That’s not his fault, he’s playing it where he wants it, but it’s Ray Brown and Sonny Stitt off to the races. It doesn’t matter though. The solo that Stitt plays… He never misses, does he? We’re talking about a hard tune to play, for a variety of reasons. The fast tempo is one of those. Stitt’s articulation and conception, the way he plays through the changes and his creativity are incredible.

“To this day, a lot of people talk Stitt down. I don’t understand it. They say, ‘well, he just plays perfect, that’s not hard and boring.’ Really? Well, you do that! I want to hear one of these people play four bars at this tempo like that. Opinions like these constitute one of the great, disgusting injustices perpetrated in jazz music. A lot of the time, the musicians are opinionated. They cold-shouldered Phineas Newborn, for instance. Cold music, supposedly. Well, you try it. Everything he plays is improvised. Same with Stitt, he’s improvising. Sure, he has pet phrases. Who hasn’t? But he never purposely played a wrong note, then fixed it, like Herbie Hancock. But I don’t give a shit. That’s not the way he played. His version of I Know That You Know is a masterpiece. This is sacrilegious: it’s an improvement of Bird. Well, nobody’s better than Bird. Bird is number one. But that solo is right up on Bird.”

Eric Alexander (49) is one of the most outstanding (hard) bop and post bop tenor saxophonists of his generation. Ever since finishing 2nd at the 1991 Thelonious Monk International Jazz Saxophone Competition (behind Joshua Redman, in front of Chris Potter) and his apprenticeship with organ masters like Charles Earland, Brother Jack McDuff and Jimmy McGriff in the early 90s, Alexander has been performing and recording very prolifically. He has released more than 40 albums as a leader, is featured on at least 100 albums as a sideman and has cooperated with, among others, Harold Mabern, George Coleman, Ron Carter, Jimmy Cobb, Cecil Payne, Cedar Walton, Junior Mance, Melvin Rhyne, Charles Earland, Idris Muhammad, Pat Martino, Rein de Graaff, Mike LeDonne, David Hazeltine, Grant Stewart and Jim Rotundi. The New York-based Alexander regularly performs abroad and is a mainstay in The Netherlands.