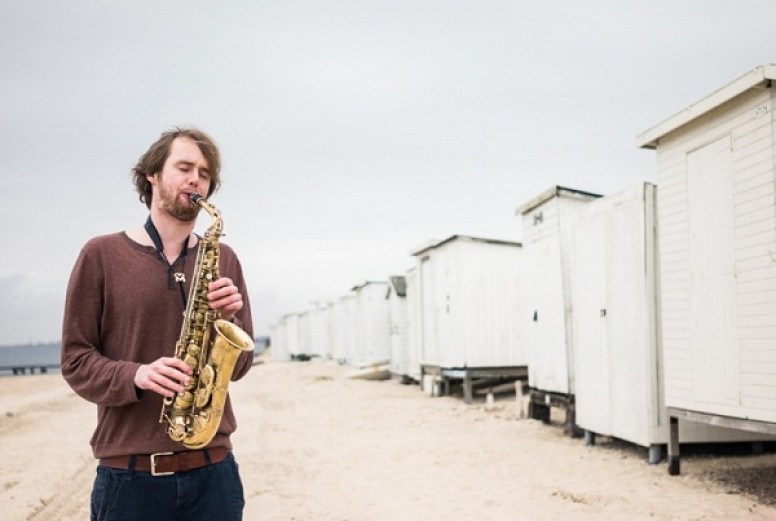 “I’m not planning to be a bandleader just yet. I guess I’m still hanging in between the non-conformism that is essential for a leader and the adaptability that comes with being a freelancer. And I’m having great fun doing all those different things,” says 29-year old alto and soprano saxophonist Jasper van Damme. Van Damme is an accomplished, mature musician who concentrated on his playing instead of spending much time writing original tunes. His fiery alto style is heard in numerous groups ranging from big band, Latin, and modern quartet jazz to the crossover jazz of the tongue-in-cheek, highly proficient outfit Tommy Moustache.

Just mentioning the name of Tommy Moustache brings a smile to the face of the unassuming, amiable personality that is Jasper van Damme. Van Damme’s in a band. “I have the experience,” Van Damme laughs. “As a teenager I was in all sorts of groups, like the heavy metal band I stood in front off, shouting at the top of my lungs.”

Good humor combined with a cool alt-rock stage presence is the icing on the musical cake that Tommy Moustache has brought to the fore for the last two years. Tommy Moustache released their debut album Tommy Moustache in 2014 and has kept on playing their idiosyncratic jazz funkrock on a regular basis. Van Damme resists the temptations of honks, squawks and funky licks in favor of a kind of structured buoyancy. It ties the music together.

Van Damme agrees with my description of his style as ‘an interesting contrast between an even, clean tone, kept up in the high register, and an impassioned delivery and eagerness to keep a good story going.’ He loves the way Lee Konitz gracefully constructs solo’s. “Like Donna Lee on that album with Warne Marsh.” (Lee Konitz With Warne Marsh, Atlantic, 1955) Van Damme is also enamoured of Cannonball Adderley’s zest and communicative power. “And I’m wild about Sonny Rollins. His harmonic inventions on the Village Vanguard albums (A Night At The Village Vanguard, Blue Note, 1958, 2CD-reissue, 1999) are stunning and he’s just flying on all cylinders. The Freedom Suite (Riverside, 1958, Read review here) is great as well. I admire the way Rollins takes those short themes on that album and turns them inside out completely. I saw Rollins at The Concertgebouw (in Amsterdam) a few years ago. It was very exciting just to see Rollins in person. At that old age, Sonny Rollins keeps trying to get better. I read that it comes with doubts. It amazes me that a legend like Rollins is also a human being for which not everything works perfectly.”

The first favorite album that comes to the altoist’s mind, however, is Thelonious Monk’s Plays Duke Ellington. (Riverside, 1955) Van Damme often enjoyed the live albums of the Five Spot with the hard swinging tenor saxophonist Johnny Griffin (Thelonious In Action and Misterioso – Riverside, 1958)) but feels that Monk’s more subdued, touching interpretation of the work of Duke Ellington is very special as well. “It’s not only pure, original Monk, but also a relaxed listening experience.” 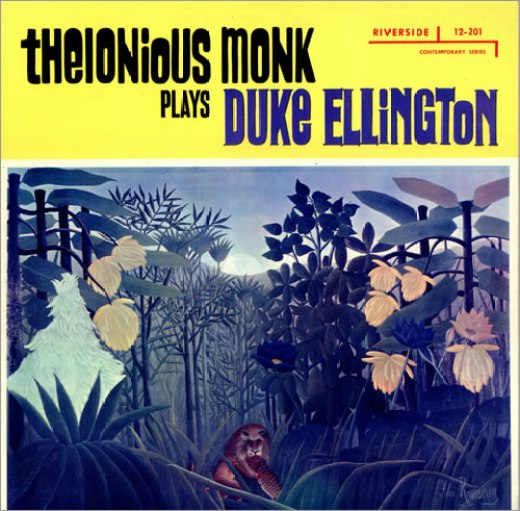 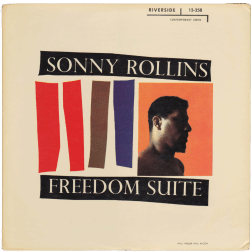 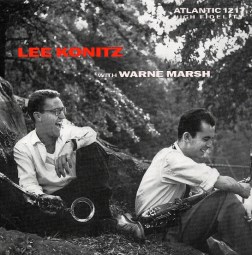 A style is one thing, to incorporate it into different types of jazz is another. “It’s pretty tough, you know. I adapt continuously, since I’m taking all kind of jobs. That’s because freelancing, apart from a little teaching, is my full-time livelihood. That has been a conscious decision. But now I’m beginning to wonder about my goals. Should I also become a leader with my own bag? That bag should logically involve something instantly recognizable, which, actually, is a bit different than how a freelancer works. I did the Pack Project last year. (Rotterdam’s Pack Project annually sets a talent in the limelight, giving free reign as far as line-up and original repertoire is concerned) It was a very cool experience. But I had to make all the decisions myself. That was really scary!”

Be it as a leader, be it as a busy freelancer, further life experiences will certainly bring new touches to Van Damme’s style. “I’m searching,” contemplates the laid-back saxophonist. “I also play free jazz in drummer Friso van Wijck’s group The Steeplepoy’s Revanger, very complex and cool stuff. It’s very interesting to see how it helps my playing. On the other hand, I’m still crazy about informal, swingin’ sessions. That’s why I love playing in bars or small clubs. You know how you can have those moments of bliss? Well, more than 50 percent of those moments occured in bars. Just playing those good old standards all the time, what a joy…”