Tenor saxophonist Gene Ammons was incarcerated on drugs charges from 1958-1960 and 1962-1969. As record companies often did when one of their leading artists was absent, Prestige released a series of albums throughout the sixties to keep the musician in the picture. Angel Eyes, culled from two earlier sessions, is such an album. Arguably because of the circumstances, it lacks a consistent feel and at times sounds run-of-the-mill. 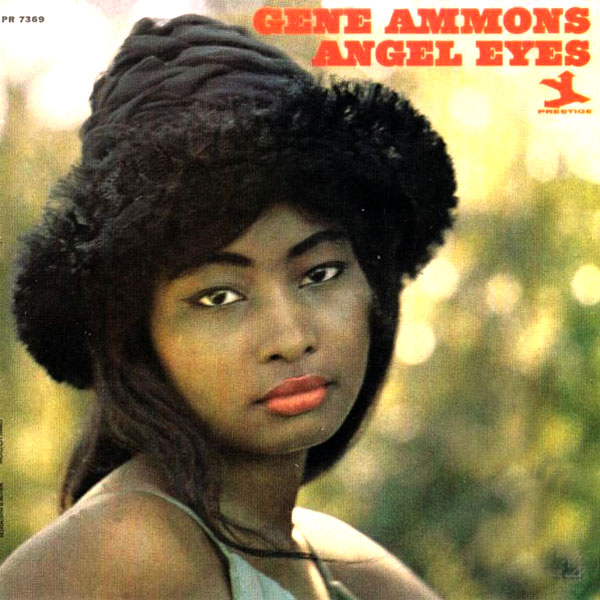 Side A:
Gettin’ Around
Blue Room
You Go To My Head
Side B:
Angel Eyes
Water Jug
It’s The Talk Of The Town


At these particular sessions from 1960 and 1962, a wild bunch of seven musicians earned their day’s pay. Among them is Frank Wess, whose flute arrangements seem out of place and whose considerable talents have been put to better use in Prestige’s catalogue.

Tenor great Gene Ammons is central to proceedings that almost offer a retrospective to the swing era, a feeling sufficiently enhanced by organ player Johnny ‘Hammond’ Smith, whose playing might be modern here and there, but whose open registered organ sound dates back to the days when Jimmy Smith was just a highschool kid.

High point on this album is the ballad artistry of Ammons, who lends his own particular flavor to the style of such luminaries as Coleman Hawkins and Ben Webster. That slow, lenghty workout on Angel eyes and smoky stuff on the two non-organ cuts from 1962’s session just might make you forget the leaky faucet of fate, if just for a while.