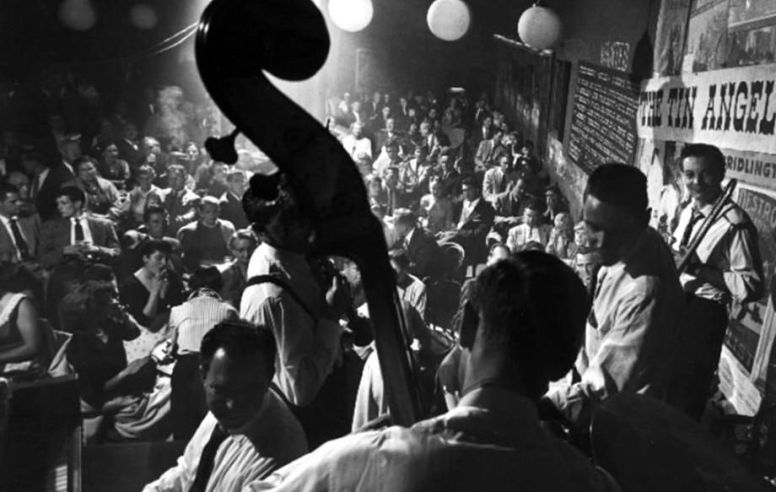 A couple of weeks gone by, the same insecurity and surreal everyday life still happening, slow-motion life but a speed course in disaster control… Most jazz musicians now expect that steady gigs will remain dried up at least till the end of summer. In Jazz In Times Of Corona Volume 1, Simon Spillett, Félix Lemerle and Ellister van der Molen talked about coping with the Covid-19 crisis. (See here) Today we have drummer Michael Duffy from Los Angeles, U.S.A., guitarist Ricardo Pinheiro from Lisbon, Portugal, tenor saxophonist Joan Benavent from Valencia, Spain and alto saxophonist Maarten Hogenhuis from Vinkeveen in the Amsterdam region of The Netherlands talk about their perspective on the situation. Where do they stand now that their professional career is in jeopardy? Which are their everyday endeavors now that gigs have dried up? How do they perceive the future for the jazz business? And, last but not least, is there a positive note to the shock that the crisis has brought about? Nothing like a warm live atmosphere, let’s hope for the best and the beat and the bass and the drums and all the rest…

Michael Duffy: “Well, we’ve never experienced anything like this in most of our lives, so the art of social distances is not being handled well. I love it cause I’m an introvert, so I’ve hunkered down and got some creative shit brewing, but for most people it’s really hard.”

Maarten Hogenhuis: “Not to be able to perform till June 1 (Dutch cautionary measures, FM) is a bitter pill to swallow. I expect that the period will be extended at least till summer. It is a financial loss, but the thing that bothers me most is the fact that I can’t play in a live setting, which is the thing that satisfies me most about being a musician! By day I spend time in the studio in my backyard, composing, practicing and elaborating on unfinished and new stuff. I also teach online. And for something completely different I developed a catering service with my wife. I love cooking and it’s a great way to help out friends and relatives. So I’m altogether keeping myself busy!”

Joan Benavent: “I miss the feedback from musicians and from audiences. Performing is a way of dealing with one’s fears and a necessity for me. But I certainly don’t feel like a bird in a cage. I accepted the situation and keep expressing my artistic identity through other paths more intensively than before, like writing music or practicing. And of course I keep in touch with my colleagues online. It’s very inspiring. I consider them my teachers. Being a teacher myself, I think the crisis is the same kind of nuisance than for others in the workforce of society. I teach between 15 and 20 hours a week and in order to do it online I have to design extra material, plus correct and assess more student’s works than usually, because most of the practical exercises have to be recorded to avoid connection problems.”

Ricardo Pinheiro: “The situation is dramatic, especially for many musicians who rely 100% on playing live. I had many concerts cancelled both in Portugal and abroad, including the official release concert of my CD. Here in Portugal, we didn’t see any clear and organised help from the Government, which is leading many musicians – and their families – to a very difficult situation. I teach at the Escola Superior de Música de Lisboa, which is our higher education Conservatory. We implemented online teaching, so our students can continue studying in the best possible conditions. In general, my days are occupied with teaching, studying and taking care of my children.” 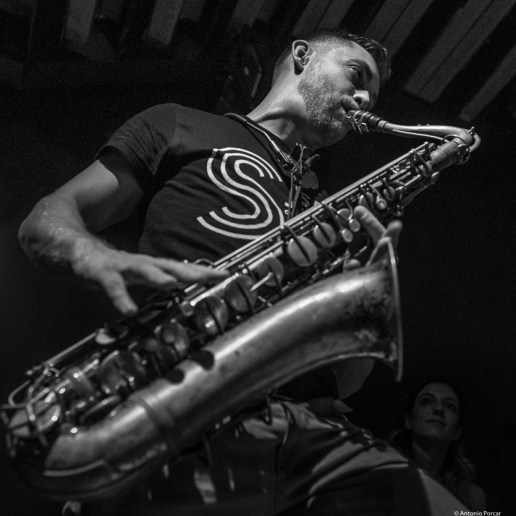 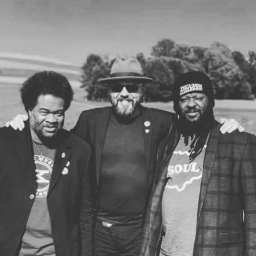 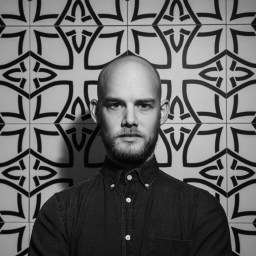 Michael Duffy: “Well, it’s a huge kick to the gut, so to speak, to our community, not only did this happen but we were fighting the local government who passed a measure called AB5 which in short makes it impossible for blue collar gigging musicians to make there money as an independent contractor. Now moving forward I’m unsure how the LA landscape looks, but I’m hopeful that we can turn it around, but it will be what I believe to be a bit of a reset. As far as government support, it’s on its way, but I’m unsure how it will sustain our community, to me it’s still a lot of unknown.”

Maarten Hogenhuis: “I’m an optimist by nature and not an apocalyptic kind of guy. I’m sure that this crisis will arouse an extraordinary gulf of creativity. That is what happened after the major subsidy cuts on the arts in The Netherlands a couple of years ago. All my musician friends are immersed in composing and studying, no doubt to the benefit of the audience in the future. Undeniably, a certain amount of musicians is threatened to go under. I hope they will be ok and that the backlash for our music won’t be too bad.”

Michael Duffy: “In 6 months I’ll have a shit ton of music to make, but will I have the space and finances to record and perform? I’ll be ready to work and ready to share this experience with the music world, coming from my isolation time. Well I’m still unsure of what will happen here with live music, if we will be able to sustain ourselves financially, but I remain optimistic.”

Ricardo Pinheiro: “No one can predict what will happen in the future. I’m worried and pessimistic about what is going to happen a few months from now. Firstly, I think that even when the public health issue is controlled, it will take a long time for culture to recover, especially music. Gigs will not appear again like magic. People will not start going out to concerts instantly, because they will still be scared to be in public places… So this snowball will not stop and reverse automatically. Secondly, we will have an economic problem that will take time to heal. Unemployment will grow, so a lot of families will see their income severely affected. All of this will have a negative and last-longing impact on culture. So, I see a dark future ahead, with a lot of musicians struggling for gigs and very few opportunities on the table. I really hope I’m wrong.”

Joan Benavent: “I can’t exactly imagine what the future will bring, but I think it is going to be like the crisis of 2008, due to the economic recession that Spain in particular – and the world in general – is already suffering. During those days a lot of venues had to close down, many gigs were cancelled, the administration did not support the sector properly so a lot of musicians were forced to look for other jobs. In any case, I’m pretty sure that the scene will survive. It is already getting re-organized and soon we will have a broadly supported syndicate to fight for our rights. But first and foremost, art has always been moved by two main principals as old as humanity, that don’t depend on administration support: the own artist’s necessity of creation and the need of society for sharing and being together.” 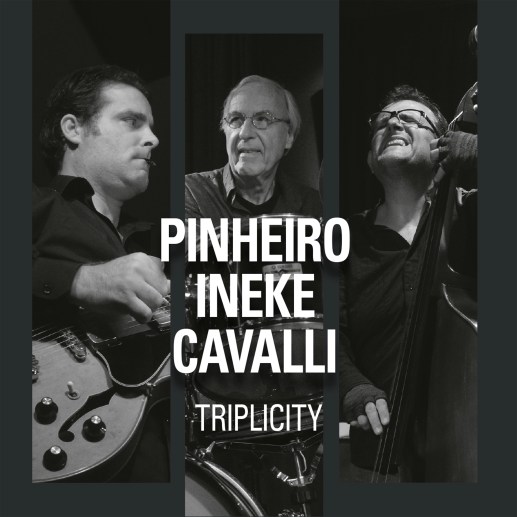 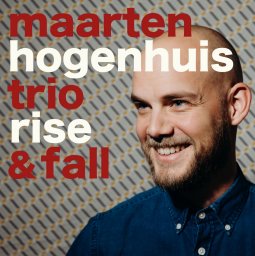 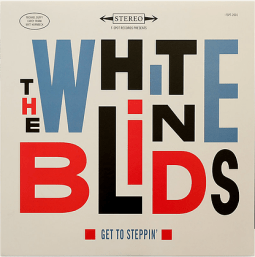 Michael Duffy: “Well, I can only speak for myself and say, this time has made me look at playing music and recording with a different lens. I really want to leave a bunch of original organ trio music for the next generation of diggers who love soul jazz as much as I do. I’m very motivated to get cracking. But I know that there is going to be some tough time ahead and we will have to look out for our friends and colleagues in the LA scene. There may be some mental health issues to help with and how to get things back on track financially for our gigging music community.”

Ricardo Pinheiro: “This crises brings out the urgency to question the paradigm of our existence. We need to reflect on the environment at a global level and question ourselves on the use – and abuse – of natural, human and economical resources. And take appropriate action. We need to establish priorities as a group and not as individuals. We need to understand we are all connected, whether we like it or not. We need to put greed and profit in second plan and look out for each other and future generations. And we need to stop being narcissistic and selfish and be more altruistic and aware of others. I also think that this crisis is forcing us to reinvent ourselves at a creative level. We are all adapting to new ways of experiencing art and the artistic process. Let’s hope we learn from our mistakes so we can build a better future for new generations to come.”

Joan Benavent: “I firmly believe that there’s a positive note to the current crisis. We are still at the beginning of this ‘new era’ and I think it brought a lot of good things along. Personally, I now have more time to spend with my family and I reactivated contact with old friends. On a musical level, it forced me to learn new tools for working, making music and communicating. I was quite outdated in all these subjects, but never again! I have the opportunity to study and practice more deeply the music of the great masters, almost as I had when I was in school. The time spent on thinking about my life and career is helping me to mature my personality. Generally, I see many people helping each other, in the media, in the streets, in the news, something I have never seen before to such an extent.”

Maarten Hogenhuis: “I navigate between a diverse section of projects as far as 2020 is concerned, making ends meet that way. My wife is involved in management and bookings. Her roster of artists is already receiving cancellations for August and September. This leads me to conclude that the trouble for musicians is not over by far. Regardless, I somehow feel that when people will again be allowed to get together, the relief will be massive. I foresee an enormous desire for the communal feeling of live music. Who knows?”

Jazz In Times Of Corona Vol. 2