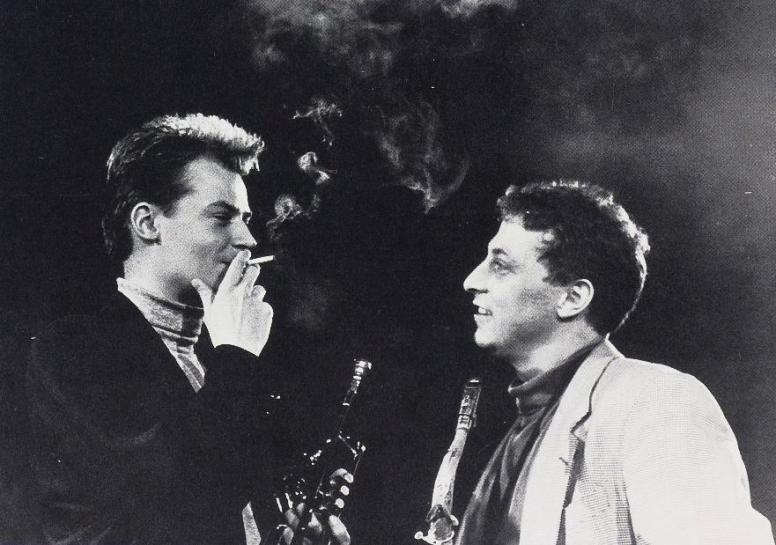 You get these bands from the past, when one mentions them to the other, the eyes of both jazz fans start to glow like coals on the barbecue. The Ben van de Dungen/Jarmo Hoogendijk Quintet was that kind of band. In the mid-1980’s, jazz could use a bit of spice and tenor saxophonist Ben van den Dungen and trumpeter Jarmo Hoogendijk had the right ingredients. The quintet further featured pianist Rob van Bavel. Initial bassist Anton Drukker and drummer Dré Pallemaerts were followed-up by Harry Emmery and Eric Ineke, who were there until the end in 2004.

This band was belching up vitamins. While contemporaries The Houdini’s (also a kind of ‘glow eye’ band) focused on no-nonsense hard bop, the Ben van den Dungen/Jarmo Hoogendijk Quintet veered towards progressive post-bop, the kind that was kick started by John Coltrane and McCoy Tyner and further developed by Joe Henderson, Woody Shaw, Clifford Jordan, Wayne Shorter, Freddie Hubbard, Cedar Walton etc. The contrast between the buoyant Hoogendijk and driving but more introspective Van den Dungen was one of the band’s main assets. Another asset was the fact that all members were strong personalities. The young Rob van Bavel, nowadays one of the great European pianists, was a very dynamic player. Drummer Eric Ineke was a middle-aged veteran who had played with a who’s who of classic jazz including Dizzy Gillespie, Dexter Gordon and Johnny Griffin and had a distinct, explosive and subtle style that incorporated Elvin Jones, Tony Williams, Billy Higgins, Louis Hayes etc.

Not only did the quintet duly revive the scene and influence the next generation, it also left its mark as a superb booking machine. Van den Dungen and Hoogendijk managed themselves and hung on the phone longer than the average call center employee from Booking.com. Their energetic DIY spirit resulted in a busy schedule in the region and internationally, climaxing with successful tours with Cindy Blackman and in Canada. 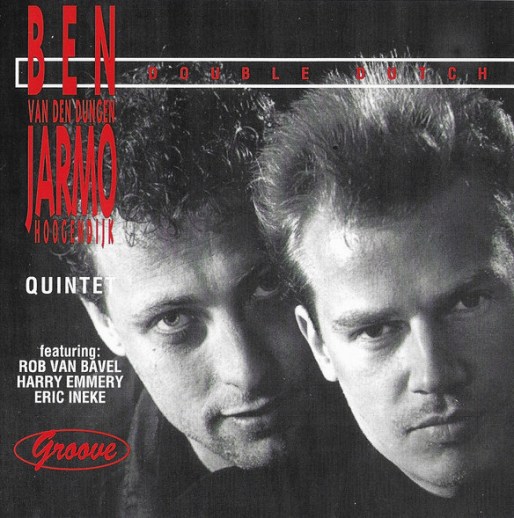 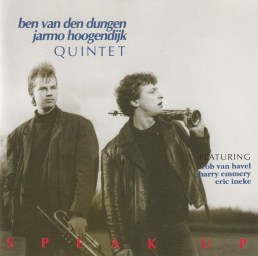 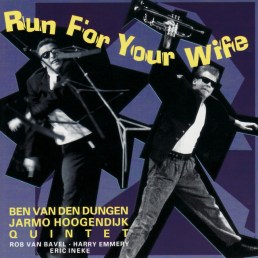 Eventually, Hoogendijk, also known for cooperations with Rein de Graaff, Charles McPherson, J.J. Johnson, Teddy Edwards, Afro-Cuban band Nueva Manteca and many others, unfortunately had to give up playing because of embouchure problems in 2004, a real loss for jazz. Since, Hoogendijk has been an influential teacher at the conservatory of Rotterdam. Van den Dungen has always been very active, both in small hard bop ensembles and world music-oriented big bands as Nueva Manteca and Tango Extremo. He recently released Live At Lux & Tivoli, a Coltrane tribute that features old pal Eric Ineke.