You can’t be like Gene Ammons, Ike Quebec, Stanley Turrentine, Hank Mobley, Eddie “Lockjaw” Davis and Ben Webster for the simple fact that the styles of these classic tenor men reflected their times. Their styles reflected times fraught with racism and segregation and brimming with the joyful catharsis of the blues; on a more prosaic note, were born of rowdy bars and sleazy BBQ joints and union scale and the occasional jail sentence. They were the underground.

But you can get inspired by them and transform your passion into a personal voice. This is the prerequisite for a successful straightforward jazz endeavor, which by nature isn’t progressive but nonetheless valid. All around the world, fans enjoy good-time live jazz entertainment. Besides, who is going to learn youngsters where jazz comes from if no one plays the standards and the blues? Perhaps it was this sentiment that prompted Beets to byline the title of his latest record, Big Sounds, with “forgotten tenor heroes of the past”.

There’s no doubt that Alexander Beets has found a personal voice and while Big Sounds isn’t treading new ground, it is a thoroughly entertaining set of standards and original blues and hard bop compositions.

Beets is brother of acclaimed bassist Marius and renowned pianist Peter. An interview from the three brothers with Jazz Nu way back in January 1996 gives a clue about Beets’s pragmatic outlook. The article describes the work of the Ph.D business science as the band’s PR representative. “First and foremost, I’m a musician and consequently look at the industry as an artist, but that takes nothing away from the fact that I love it when my car is gassed up.”

Beets is both tenor saxophonist and jazz organizer. He holds various managerial positions and is currently the director of the Amersfoort World Jazz Festival. You can see him jammin’ after hours with the festival’s finest in his typically down-to-earth style. 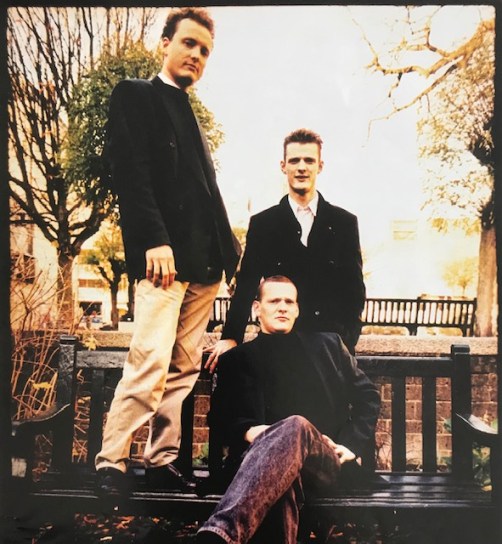 On record, Beets sounds similar as on stage, no pyrotechnics, but bluesy and fluent, with plenty of dirty, husky, honked and wailed asides. He uses the archetypical quintet format, including the always excellent, sweet-tart trumpeter Ellister van der Molen, thoroughly swinging pianist Miquel Rodriguez and crisp drummer Tim Hennekes, for a lively set of soul jazz and hard bop. The boogaloo of Diplodocus and classic Blue Note-ish What Happened In The Days are especially sparkling.

Ballads find him in relatively smoother mode, underlined by young pianist Sebastiaan van Bavel, whose melancholy chords and light toucher provide the backdrop to, among others, Here’s That Rainy Day and The Man I Love.

Different strokes for different folks, which works just fine, as the in-your-face tenor sax of Beets is the common thread. As far as sax goes, arguably the stop-time, r&b-drenched Brother Hank is homage not only to Mobley but, perhaps unintentionally and subconsciously, to Hank Crawford, who predominantly shone on alto and bari. After all, the sweeping A Night That Lasts Forever also oozes the soul of the late great saxophonist and musical director of the Ray Charles band. Either way, examples of sincere and uplifting straight-ahead jazz.