Trumpeter Ellister van der Molen finally fulfilled her dream of visiting the prominent cradle of jazz, New Orleans. “Being in the jazz business may equate with blood, sweat and tears but it remains a privilege to be a musician, travel some place and fit right in. Especially in New Orleans.”

As the controversial country star-turned-hilarious-mystery-writer Kinky Friedman said about the dead New Yorker: “He’s not really dead, he’s just currently working on another project.” A similar thing could be said about the New Orleanian. His funeral may seem your trial but the next thing you know he’s dancing on the ceiling of his casket.

New Orleans is rhythm, movement, jubilation. In New Orleans, they don’t play a certain genre, they make music. The melting pot of New Orleans has fascinated myriad musicians and music lovers, not least Dutch trumpeter Ellister van der Molen. Last year, Van der Molen and her long-time jazz buddy, pianist and organist Bob Wijnen, spent an exciting week in The Big Easy. NOLA, sophomore effort of their band RED, which also features tenor saxophonist Gideon Tazelaar and drummer Wouter Kühne, was presented on November 28. NOLA comes as a stylish EP-sized book of drawings by Quirine Reijman and includes a hi-res download of the album that was recorded in front of a small live audience at Muziekomroep in Hilversum by Sound Liasion with one mike, which gives it an incredibly transparant and lively analog vibe. The process brings to mind the pioneering “live at the studio club” recordings of Cannonball Adderley. NOLA is an enchanting evocation of New Orleans music culture. Read the review here.

The Hague is the appropriate meeting point for Van der Molen. More specifically, her practice space in the MOOOF building, where she is at ease amidst an off-white grand piano, keyboard and drum kit and original sketches of NOLA’s artwork. And lest we forget, her trumpet and flugelhorn. Too bad the building is turned over to project developers, who will make it into an apartment block of a brand-new yuppie quarter and see to it that every artist has left the premises at the end of this already troublesome year. Van der Molen was born in The Hague and auditioned at the talent faculty of the Conservatory at age 10, playing Moanin’ in duet with her father. Van der Molen chuckles: “I passed on one condition: that I promised not to play jazz anymore!”

She made her mark as a young, prizewinning talent of classical music but after a frustrating period of embouchure problems returned to her first love of jazz under the wings of Hague staples as Simon Rigter and Eric Ineke. She’s a big fan of legends as Clifford Brown, Miles Davis and her mentor Ack van Rooyen. The residential city’s long-standing reputation as (Hard) Bop City #1 has not been lost on Van der Molen. “Evidently, the cliché of The Hague as the mainstream jazz epicenter is the truth. But we shouldn’t forget that it harbors a lot of artists that perform in other styles as well, such as Wolfert Brederode, who is an ECM recording artist. By the way, recently I was featured on The Hague Songbook Exchange on the Challenge label, which linked jazz and electronic artists from The Hague, having them play each other’s compositions. It finds me dangerously close to free form.” 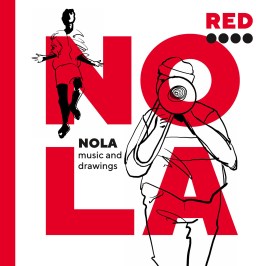 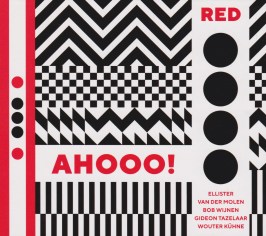 She speaks warmly of life in her hometown. The subject of New Orleans puts a similar twinkle in her eyes. “I had a couple of new projects on my mind; Latin boogaloo and the culture of New Orleans, which I had never been to before. As it happens, the audiophile label Sound Liaison gave me a call, asking if I had any plans, which kind of won me over. I always wanted to go to New Orleans because of its jazz history and its major jazz legends. Teaming up with Bob was perfect. To be honest, I hesitated about traveling down there as a woman on my own. Bob is half-blind, thus would most likely neither gamble on going single. We’ve known each other for so long and are like twins.”

Van der Molen and Wijnen were quick off the mark. “There’s this weekly magazine, Off Beat, which announces every gig in town. We were in New Orleans in November 2019. There’s live music 24/7, mostly concentrated in two or three streets, predominantly Frenchman Street. We saw drummer Herlin Riley at Snug Harbor. We sat in with Delfeayo Marsalis and his big band. And we played with the legendary local hero, drummer Johnny Vidacovich at the Maple Leaf. We went to jam sessions. In New Orleans, it’s rude to refuse to sit in. They’ll say: ‘You play trumpet? Alright, play!’ Of course, there’s the second line of the brass bands, which usually are not announced. You find yourself on a street where everybody is movin’ and groovin’ and dancin’. It starts pleasantly but after a while things tend to turn shady, with joints and booze and such, which usually is the moment to grab a cab to a better neighborhood. Evidently, there’s still a lot of poverty.”

Hurricane Katrina was not only a human disaster but also a blow to cultural life for the simple fact that many musicians were evacuated. But the musical pulse, if anything a message of resilience and hope in the black community, never completely faltered and post-Katrina gradually regained steam. “New Orleans music remains a strange and exhilarating brew. You have brass bands, traditional NO music, dance music, blues, funk, jazz. I have the impression that there’s a lot of overlap. Musicians do not stick to one genre but play in different bands. That’s probably because they have affinity with the tradition, otherwise they would not have been in New Orleans. Without giving a moral judgment, this is opposite to the suit-tie-handclap-tradition and pigeonholes of Europe and New York. In New Orleans everyone mingles. It is a very lively scene.” 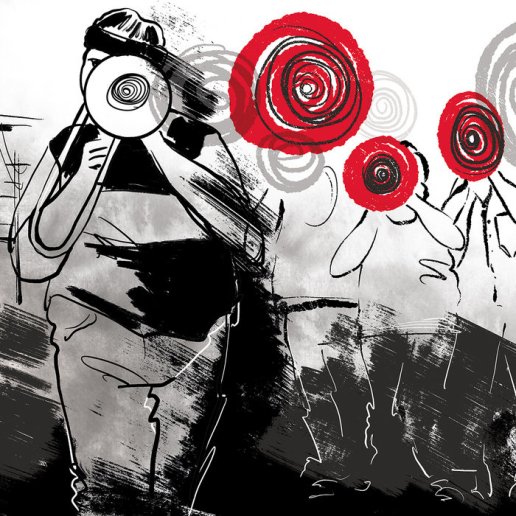 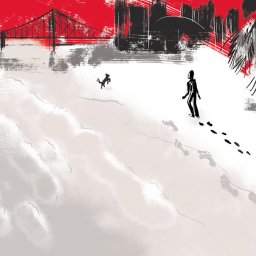 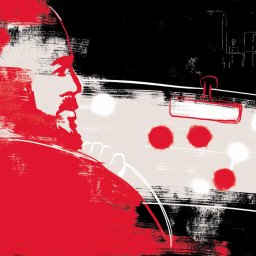 Illustration: Quirine Reijman
Clockwise from l. to r: It Ain’t My Fault; Just A Closer Walk With Thee; Ahooo!)

Van der Molen, a levelheaded woman who sells a minimum of poker-faced funny asides for maximum effect, a balanced and expressive trumpeter and flugelhorn player who emotes with warmth and the profound sound of apricot, peach, tangerine, thoughtfully reflects on NOLA’s list of songs that she picked and arranged in cooperation with Wijnen. “No New Orleans album would be complete without Louis Armstrong, Sidney Bechet, Jelly Roll Morton, The Meters. We wanted to alternate between straightforward interpretations and more transformative stuff. For me, playing along the structure of the fanfare, this good old-fashioned route of theme, middle-section, modulation, theme and coda paradoxically was very liberating. On the other hand, we re-imagined traditionals like Just A Closer Walk With Me. Our altered chords move along that song’s unique ascending bass line. We were worried if it might be too far-fetched. It turned out alright? Thanks. Then there’s Blues My Naughtie Sweetie Gives To Me, with the literal chord sequence but a change of rhythm. We were not familiar with It Ain’t My Fault. Everybody was playing it, night after night. Apparently, this tune of drummer Smokey Johnson, one of the legendary local heroes, is a Mardi Gras hit. This kind of summed up the trip for me.”

“You’ll notice, at the end of the booklet, there’s a drawing of a cab driver. That is a reflection of my original composition Ahooo! – which is sort of my own way of saying ‘see you later!’ – and our homebound trip to the airport. We were just chatting with the taxi driver and asked if he played music as well. ‘Yeah’, he said, ‘I rap.’ So we said, ‘Won’t you please let us hear something?!’ Off he went into a supple free style flow on a beat from his deck. I really love the image Quirine made from our personal photo album. The concept of the rear-view mirror especially. It does not only reflect the end of the trip but is a metaphor for our band RED as well. We started this thing with Ahooo! three years ago. It has been a great journey but I feel that nowadays we play better than ever. The juices flow, we’re comfortable with one another. It’s a great feeling.”

The Hague-based Ellister van der Molen is one of the country’s outstanding trumpet and flugelhorn players. She plays in a variety of settings, from soul-jazz outfit RED to her modern jazz groups of Ellister van der Molen Trio/Quartet/Quintet to the Latin/West African-tinged Modji. She is trumpeter in the Jazz Orchestra Of The Concertgebouw, Glenn Miller Orchestra and Dublin Jazz Orchestra. Van der Molen played with Rein de Graaff, Eric Ineke, Ack van Rooyen, Benjamin Herman, Sam Most, Tiny Thompson, Suzan Veneman and Peter Beets, among others.

Bob Wijnen is a mainstay on the Hague scene and sought-after pianist and organist in various modern jazz settings. Check out his record as a leader NY Unforseen with guitarist Peter Bernstein, bassist Dezron Douglas and drummer Billy Drummond here.