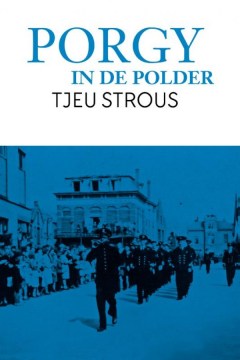 Journalist Tjeu Strous carefully maps out the life of Koulen, who grew up in poor conditions in heady, colonial Surinam, landed in Dutch Flanders in the latter stages of the Second World War, parading into Terneuzen with the Allied Forces. The only brown-skinned man in Terneuzen never looked back, fell in love, married and started lunchroom Porgy en Bess in 1957, which slowly but surely, and with many ups and downs, developed into a center for traditional New Orleans jazz, Dixieland and modern jazz. When one visited Porgy en Bess, one went to the welcoming host ‘The Negro’, renowned for shaking hands with every customer who entered his picturesque public house. It’s a nickname which nowadays would be viewed as unacceptable, instilled rather mixed feelings in the hearts of some of Koulen’s heirs but back then was a fairly innocent and endearing way of embracing the liberating spirit of the exotic entertainment guru.

Porgy In De Polder by Tjeu Strous is published by Uitgevery Den Boer/De Ruiter. It is available here. Dutch language only.