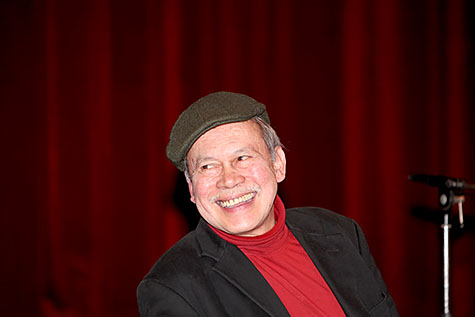 In 1976 Dutch-Indonesian pianist Rob Agerbeek was recommended to tour Europe with Art Blakey’s Jazz Messengers. Agerbeek had strong doubts. A phone call to friend and drummer Art Taylor was in the making. “I thought, well, they see me coming, yet another local pianist. I resented that. But then Taylor said to me on the phone: ‘Well man, if you don’t take this gig, I will never recommend you again! You’ll have to do this!’” Subsequently, Agerbeek successfully toured with Blakey, painstakingly getting used to the repertoire along the way. Blakey wanted him to stay in the band but Agerbeek politely declined. “I had an office job, you know.”

Typically Agerbeek. The congenial, 77 years old jazz veteran means what he says but the way he tells it betrays a strong dose of dry humour. And whether he’s recounting his versatile solo endeavours as a boogie-woogie maestro and hard bop musician or the gigs he played with Dexter Gordon, Gene Ammons, Ben Webster, Johnny Griffin and Hank Mobley, among others, there’s always a sense of modesty. His modesty is of the healthy kind, mixed with essential but far from boisterous confidence. “I heard great blues sounds on the radio when I was a kid in Batavia. (the modern-day Jakarta) The Bob Crosby Band, Tommy Dorsey and Albert Ammons, Maede Lux Lewis, Pete Johnson. In my college years in The Netherlands, I discovered the Jazz At The Philharmonic series, Oscar Peterson, Sonny Clark and got interested in modern jazz around 1958. I was particularly fond of Horace Silver.”

“Horace Silver is about the blues. Even when Silver’s tunes weren’t formally blues, they were nevertheless imbued with the feeling of the blues. Doodlin’ is a case in point. I particularly like his first album, Horace Silver And The Jazz Messengers. At the same time compositions like these and from other albums were very intricate. The Preacher, Room 808, Strollin’, Cool Eyes. Silver composed in a way that got me thinking: I should’ve come up with such a thing!’ It’s so logical. And steeped in gospel. No, I didn’t really had the idea that I should incorporate Indonesian influences into my music like Silver did with his Cape Verdean background. I tried to emulate the Americans. Mind you, emulate, not imitate. Naturally, I learned playing jazz that way. I learned a lot from Don Byas in the mid-sixties, harmony, and also to carefully handle the intro and theme and shy away from frenzy playing. But I always wanted to record in my own way. I wrote a lot of tunes. I’m largely self-taught and sharpened my reading skills along the way.”

Agerbeek puts the needle on his 1975 album Keep The Change. A vibrant bag of straightforward hard bop. The title track incorporates the bounce of classic Blue Note hits like Lee Morgan’s The Sidewinder and Hank Mobley’s The Turnaround, tunes that drummer Billy Higgins blessed with his indomitable, swinging beat. “I worked with Hank Mobley, you know.” Agerbeek played with Mobley in 1968/69. “Like you say, The Flip was recorded during that period. I was invited for that session. But Alfred Lion had already hired another pianist. (Vince Bededetti) So that slipped through my fingers. Who invited me originally? Hank did. He said, ‘yeah, you have to record, you will be the piano player if you want.’ But it didn’t fell through.”

“Before the invitation, I had been playing with Mobley for about a year. In Rotterdam, Paris, including Art Taylor. Mobley’s form was excellent, really. He had his problems but was a very nice, loveable character. I like Soul Station best, and that one with Funk In Deep Freeze on it. (Hank Mobley Quintet) Hank Mobley really didn’t blow, his breath went through the horn like ‘swhoosh’, you know what I mean! Beautiful.”

Halfway through our conversation, while Agerbeek gives an account of his recordings with saxophonist Harry Verbeke and Billy Higgins, we both suddenly start to laugh. As if Agerbeek reads my mind he chuckles: “It is amazing, right?! I played with so many of these Americans. Talking about it brings back memories… Ben Webster, Willis Jackson, Arnett Cobb. A lot of it came about through my management. And through Paul Acket, (the founder and organiser of the North Sea Jazz Festival) of course. He asked me to accompany those guys, like Frank Foster, Clark Terry, Cecil Payne. I’ve done twenty-three editions of North Sea. All during the years that I worked at the social insurance office, haha!”

One of the most pleasant meetings Rob Agerbeek had with American jazz legends is chronicled on All Souls, a 1972 live album of The Rob Agerbeek Trio with Dexter Gordon. “My producer gave me some alternate takes. I thought, Jesus, did I play that way? One of my sons said: ‘Dad, you played different back then, tougher.’” 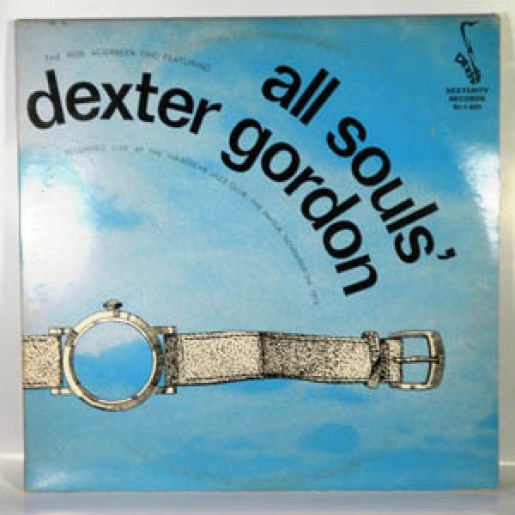 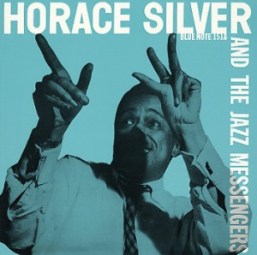 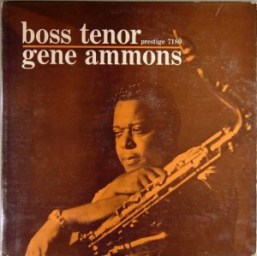 “I toured with Dexter Gordon and Gene Ammons in 1973. Often I used to loosen up before the show started, playing a boogiewoogie tune. One time Gene Ammons bent over me, saying: ‘Hey there, you’re playing my dad, right!’” (boogie woogie pianist Albert Ammons was Gene Ammons’ father) Agerbeek laughs. Then, matter-of-factly: “I really thought he was a good saxophone player. He also played on some his dad’s tunes and striked me as a unique player as early as that. He was steeped in r&b but close to bebop. That album on Prestige with Tommy Flanagan and Art Taylor is very nice.” (Boss Tenor)

Art Taylor seems to be the thread that links together Agerbeek’s forays into hard bop jazz. I’m curious as to whether Agerbeek ever noticed anything about Art Taylor’s supposed racial bias against the white music establishment, as it comes across in Art Taylor’s book of interviews, Notes And Tones. “Indeed, the one that I knew best certainly was Art Taylor. And Johnny Griffin as well. I never noticed anything about Taylor being wrathful about the music business. He usually called me for gigs from where he lived in Luik, Belgium. What I do remember is that Taylor always complained that Thelonious Monk didn’t like him. Monk would confuse him: ‘What’s with that big moustache, Art? Trying to be Mr. Charming, um?’ It really bugged Art!”

“I regularly shared rooms with those American guys. With Johnny Griffin, whom I worked with for three years, in Germany. Never again, man. That certainly takes some doing. My my, either they talk till you drop or keep you awake snoring.” Agerbeek imitates the ‘Little Giant’, Johnny Griffin. It sounds like a giant, drunk caterpillar.

“But they paid me some nice compliments. Griffin said that I have a good blues feel. I guess it’s because of my background in boogie-woogie. Guys that I learned a lot from and admired very much, Frans Elsen and Rob Madna, pointed out the feeling of the blues in my compositions. Well, I’m not going to say this of myself. If they do, I’ll accept that. Art Taylor introduced me to McCoy Tyner in Norway in 1973 and said: ‘O, he’s a motherfucker on piano, you should meet him.’” Agerbeek continues in charmingly laconic fashion. “Dexter Gordon recommended me as an accompanist. And you can imagine Gordon, such a tall man, pushing me forward in crowds. Well, I wasn’t that prudent. I would hesitate to plug myself, but in situations like that, I went along with it. I guess you could say I was a lucky-so-and-so. Carried by the wind, so to speak.”

“Do I regret that I didn’t cross the ocean to join Art Blakey when opportunity knocked? No, not really. How long would I have lasted, one year? Then you’re sacked and you have to start from scratch back home.”

Rob Agerbeek (Batavia, Indonesia, 1937) is one of the grand seigneurs of Dutch jazz and has been a prolific recording artists and performer on European stages since the early sixties. He is a self-taught musician and well-versed in both boogiewoogie and modern jazz. Agerbeek became an admired accompanist to a host of American legends that toured and/or lived in Europe in the sixties and seventies, notably Gene Ammons, Art Blakey, Don Byas, Johnny Griffin, Dexter Gordon, Hank Mobley and Ben Webster. Thereafter, the versatile pianist surprised audience and critics when he switched to traditional jazz in the eighties, joining the Dutch Swing College Band. His discography includes Homerun, Beatles’ Boogies, All Souls (with Dexter Gordon), Keep The Change, Pardon My Bop and On Green Dolphin Street (with George Coleman). Nowadays Agerbeek performs as both modern jazz leader and accompanist.

Here’s The Chair Dance from Homerun