Our ears have been attuned to alto saxophonist Benjamin Herman’s suave and spirited jazz hodgepodge for more than two decades now. Nearing the age of 47, Herman resembles a vital and frisky thirty-something. The sharpest dressed man in the contemporary Dutch jazz realm brings with him a bag full of experience. His field of work has become uncommonly diverse, ranging from modern jazz to film scores and hiphop collaborations. Herman’s latest release, Trouble, is characterised by a cinematic atmosphere, courtesy of the altoist’s airy and warm sound and the dazzingly seductive crooning of pianist/singer Daniel von Piekartz. Curacao is one of its standout tracks. It is known territory for the bandleader, as he dives into the hard-swinging vibe he has created so regularly over the years with his hi-voltage octet and big band New Cool Collective.

It’s the kind of fertile terrain for tasty food Flophouse Magazine would kill for as well. Like Art Blakey and the indomitable drummer’s Live At Bohemia 1 & 2. According to Herman, it’s an essential album for both jazz lovers and pro’s. Certainly because of the interaction between the vociferous Blakey and his sidemen, including two of the most underrated horn men of their time, trumpeter Kenny Dorham and tenorist Hank Mobley. “Mobley has such an utterly cool aura. He wasn’t commercially successful and his heavy drinking was an obstacle. Ended up living in a subway station, really sad. A shy fellow as well. All this aside, Mobley is the supreme musicians’ musician. I know a lot of people who put him on top or their list because of Mobley’s tone and deft, understated swing. Listen how Blakey spurs him on. Mobley isn’t overpowering and creates something fresh in every chorus.”

Herman likes Lou Donaldson for that kind of story-telling quality as well. He does a fair and pretty hilarious impersonation of his fellow altoist. Recounting a story Branford Marsalis told Herman’s collaborator Joost Patocka – a story about a night when Donaldson teasingly commented on a couple of live Marsalis blues tunes – Herman imitates the renowned soul jazz veteran’s raspy, high-pitched voice: “You call that a blues? You want me to get my saxophone?! I’ll tell you what a blues is!” Herman is quick to point out Donaldson’s undisputable bop credentials. “The man was on par with Clifford Brown in Art Blakey’s Jazz Messengers. And his judgement is justified! He is so good with the blues. I really like those boogaloo records he did in the late sixties. His timing and ability to tell a story are striking. It’s never about virtuosity or playing to the public’s ear. Instead, that ear follows the natural swing he brings. I really would like to play like that. It’s in the back of my mind while performing.”

Herman’s comments on John Coltrane suggest the legendary tenor and soprano saxophonist hasn’t only been in the back of his mind, but dead centre in its front row as well. His choice of the album Coltrane Sound is a surprise. It has been under the radar ever since it was released in 1964, four years after it was recorded during the iconic My Favorite Things-sessions. It boasts a couple of originals that rank among ‘Trane’s finest, Liberia and Equinox, as well as some challenging interpretations of standards. Herman whistles the melody of The Night Has A Thousand Eyes. Before delving into Coltrane’s multi-harmonic inventions, Herman remembers the shock the tune gave him when he was sixteen. “That strange note in the solo; I learned what it was, but I kept thinking, what is this, what is it doing there? I started hearing other things and my whole jazz perception was changed.” After all these years, Herman still stares transfixed into space. And take note that the album sounds came out of a Sony Walkman. “Yeah, man. On the other side was Miles At Newport. Spotify is a nice tool for discovering new music, but tape sounds much better!”

The biggest part of our get-together is devoted to the vinyl wonderland of Sonny Rollins. It’s the Live At The Village Vanguard albums 1 & 2 the altoist has been wild about for a long time. “How did I get there? Well, once I was on the road with (drummer) Han Bennink and he put this album on in the car. He could sing it, note for note. Including the bass and drum parts! Everybody who can play checked it out. Standard procedure. At least for me, about dealing with harmony and playing on the melody. And, furthermore, about approaching your fellow musicians, how to interact.” 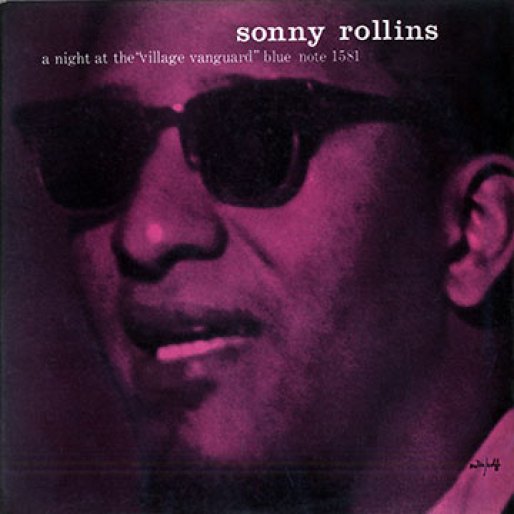 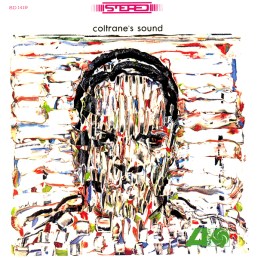 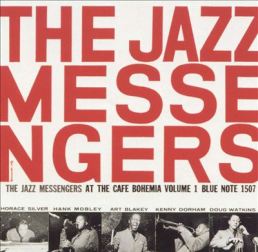 Herman has similar feelings about Saxophone Colossus and other vintage early Rollins albums, but the twin sessions at the Vanguard remain his favourites. “They represent true transitional phases for jazz improvisation. It builds on the bebop idiom, informing it with fresh ideas. Obviously, it is largely made up of bebop classics or standards that’ve received famous bebop treatments by Parker and the like.”

“Take What Is This Thing Called Love and the way Rollins approached the first part – the diminished, minor fifths. Extremely interesting, the way he uses differing harmony there. Furthermore, the interaction between the trios is outstanding. Especially where Elvin Jones is involved. Besides, a good evening of Rollins constitutes pure bliss; the way he briskly goes on and on is unparalleled. I usually don’t like long live cuts, but I like these ones. A historic moment, really, the Village Vanguard gig.”

Herman is not about to leave the room before mentioning the great bebop innovator, Charlie Parker. And in particular, the alto saxophonist’s Live At Storyville album, which is cut from a 1953 radio show. “It sounds remarkably well, considering the context. And Bird’s great on that album. Incredible, that late in his career, shortly before he died. It’s so vital and flowing, it’s crazy!” Herman also mentions the avantgarde Karma album of Pharaoh Sanders, as well as a few more obvious influences on his style, such as Eddie Harris’ Mean Greens, Hank Crawford’s From The Heart, and Jackie McLean’s Let Freedom Ring. Hard to pull back out of your desert island bag is what I figure.

The emphasis of our interview has been mainly on tenor saxophonists. Altoist Benjamin Herman attests to the logic of this outcome. “I’ve listened to tenorists, mostly, apart from Charlie Parker, obviously. As a listener, I’m like a lot of other people, the tenor saxophone is the predominant reed instrument. Naturally, I love the alto, but I understand it might be harder to digest. It can be a nervy son of a gun!”

“Having said this,” Herman goes on, “alas, we haven’t had the chance to talk about Johnny Hodges…”

Ever since he came on the scene in the mid-eighties, alto saxophonist, composer and bandleader Benjamin Herman has been a constant, prolific force in the Dutch jazz landscape. With small formats as well as his octet New Cool Collective, Herman has built an eclectic resume of jazz infused with soul, Latin, free form and other assorted exotic tinges; a mix that speaks to both jazz aficionados and the general public. Open-minded to other fields than his core business, Herman has collaborated with film directors, hip-hop artists and writers. He received the VPRO/Boy Edgar Award in 2006 and has been working and touring around the globe regularly. Herman has worked with such diverse artists as Misha Mengelberg, Remco Campert, Paul Weller and Idris Muhammad.