What strikes the listener of Lee Morgan’s Candy is the incredible production of producer Rudy van Gelder. Both group and leader sound big, fresh and in-your-face. And what especially triggers the heart and mind of jazz lovers is the amazing, facile agility and feeling for the core of a composition that the then twenty-year old trumpeter Lee Morgan demonstrates. Moreover, despite his age Morgan showed he was capable of carrying an album as the sole horn player. 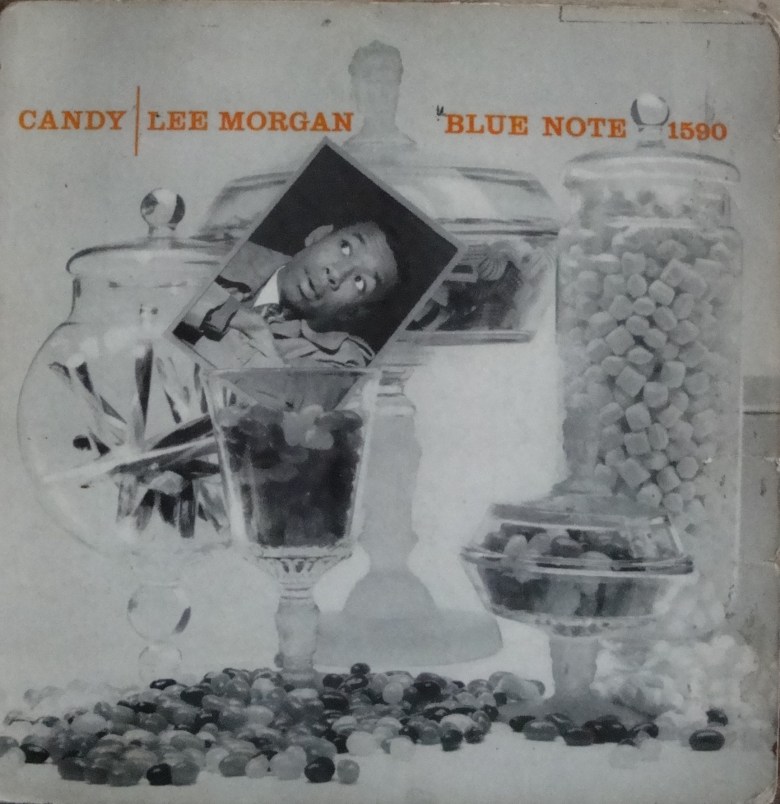 Side A:
Candy
Since I Fell For You
C.T.A.
Side B:
All The Way
Who Do You Love
Personality


Lee Morgan’s freshman years in the recording studio were very prolific. Candy, recorded at the end of 1957 and the start of 1958, was his seventh album and it only took roughly one year to record those seven albums. This period represented a rapid evolution of Morgan’s style. It’s delightful to hear Morgan incorporate his influences into his bag in such an eloquent way on Candy. 1958 would be busy as well. At the end of that year Morgan had joined Art Blakey’s Jazz Messengers. One might safely say that in his years with Blakey (1958-61) Morgan was not only putting the finishing touches to his style, but rapidly evolving into a full-fledged trumpet superstar.

The overall mood of Candy is relatively lighthearted, joyful and swinging. Morgan didn’t contribute any writing for this album; his focal point was to interpret a set of standards. The title track, fired up by some stimulating press rolls by drummer Art Taylor, is a catchy tune in which Morgan shows what a storyteller he already is. The sound of the horn that Van Gelder creates at his studio in Hackensack, New Jersey is ‘spacey’ and simply majestic and makes Morgan’s statements all the more imposing. Give it a listen with headphones on and it’ll be pointed out to you what Van Gelder was capable of. It succeeds to arouse my spirits even after nearly two decades of listening to the recording.

Morgan’s lyrical capabilities are in order and he injects vigorous blowing into two ballads – Since I Fell For You and All The Way. The former comes out so confidently and au naturel, it is by far the best of the two.

For faster tempos one can turn to C.T.A., Jimmy Heath’s bop standard. It was put on the map by Miles Davis on his Blue Note release from 1953, Miles Davis Vol. 2. (that included Jimmy Heath and Art Blakey). Incidentally, Davis claimed to possess the knowledge of what the title was about and said it had as its subject the better parts of a woman’s body. The rest of the decidedly less deadpan universe sticks to Chicago Transit Authority, which ran through Jimmy Heath’s hometown of Philadelphia.

There’s a high quality version of Red Garland featuring John Coltrane, released on Dig It!. Lee Morgan’s cockier-than-cocksure rendition, however, beats them if not by armlength, surely by more than an inch; it contains multiple interesting ideas, fluid phrasing and above all, a sizeable dose of soul. The group is groovin’ high and Sonny Clark puts in a string of coherent, charged remarks.

Morgan’s profusion of ad-lib phrases in Personality make his statements cheaper than they should be. Yet, how aptly chosen a title can be. It puts the finger on the road Lee Morgan was traveling on around the recording period of Candy. The sweet side of this session adds to Morgan’s already extraordinary and virtuoso character.