For those who came out of the sixties bruised and/or (almost) out of work, and without the stardom attached to fusionytes as Miles, Headhunters and Weather Report, for a period Bob Shad’s Mainstream Records was a shelter of sorts. For a big part, Mainstream concentrated on re-issuing a hodge podge of fifties material. But its 300 series involved recordings of (either as leader or sideman) household names as Blue Mitchell, Roy Haynes, Art Farmer, Billy Higgins, Cedar Walton and Curtis Fuller. 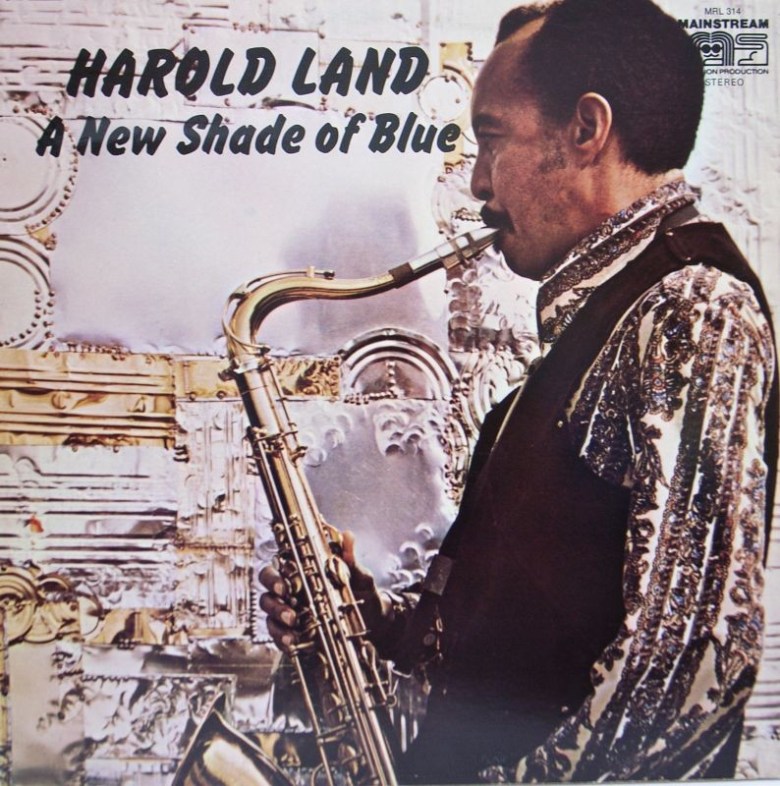 Side A
Side A:
A New Shade Of Blue
Mtume
Side B:
Ode To Angela
De-liberation
Short Subject


And Harold Land. It is fairly obvious where he came from. One only has to take a listen to De-liberation, a fast-paced bop piece in which Land fluently flies through the changes, to be reminded of a late fifties winner such as The Fox.

Musically, Land and co-operator Bobby Hutcherson – who together made a series of acclaimed records on Blue Note in the late sixties – certainly weren’t out of fashion. Contrary to many who dabbled in adventurous jazz, they relied on skill and feeling to bring about a kind of avantgarde hardbop. It’s not wholly satisfying (read: a bit longwinded, a tad lame production-wise) but competent.

Side A is particularly wide-ranging. Arguably, Wayne Shorter’s methods cast their shadows on A New Shade Of Blue; Mtume is part Spanish part world music. A large part of the album has Buster Williams’ intricate bass playing grabbing attention; in general, the two authoritative voices of Land and Hutcherson, plus an artful gatefold cover, certainly make A New Shade Of Blue worth buying.