Talkin’ about playing bass! Richard “Groove” Holmes was a master at this particular aspect of Hammond jazz. Live date Onsaya Joy finds him locking in spontaneously with Orville J. Saunders II’s guitar solo and ‘walkin’ as if supporting Fresh-era Sly Stone on a Fender bass guitar on both the title track and Horace Silver’s Song For My Father. His command of the bass pedals is a highlight of this album. The rock beat of drummer Thomas Washington Jr. is less enamouring. With all due respect, one would wish for a more delicate and experienced approach. 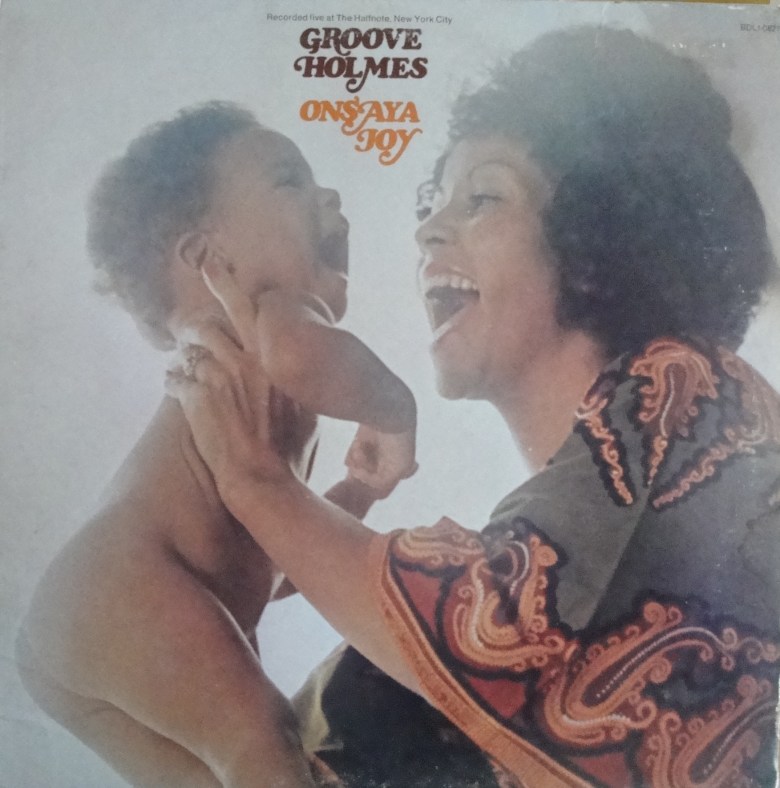 Side A:
Sweet Georgia Brown
Onsaya Joy
Side B:
On Green Dolphin Street
Song For My Father
Misty


Sweet Georgia Brown has a ferocious tempo that outdoes Jimmy Smith’s short distance runner at Club Baby Grand. And make no bones about it, the man handles it eloquently, comping competently and soloing as if a hellhound’s on his trail. Onsaya Joy (if you wonder what this title is about, check the front cover; who says today’s parents invent odd first names?) is a funky tune with an attractive theme that sees Holmes stretching out on a never-ending vamp, also making use of new electronic devices of the day, which make his organ sound like a cousin of the Arp and Moog synthersizer.

Side B lacks momentum and the endings are a bit awkward, though the album closes with a sweet version of Erroll Garner’s Misty, the song Holmes recorded a decade earlier and was well known for.

Onsaya Joy is released on Flying Dutchman, the record company of Bob Thiele, of Impulse fame. Label mates of the day include Bernard “Pretty” Purdie, Lonnie Liston Smith and Leon Thomas. That should give you an idea of the direction Groove Holmes took around the time Nixon bugged a building and Elvis viva’d Las Vegas.