Good news for those who every year at the ‘requiem for the departed’ All Souls start to thinking again, ‘damn this pretty rare Dexter Gordon record keeps eluding me time and again…’. That particular record, All Souls, the live performance of Long Tall Dex with the Rob Agerbeek Trio in 1972, is reissued, newly remastered, on the Ultra Vybe label in Japan. Plus bonus track.

As one of many expatriates in Europe, tenor saxophonist Dexter Gordon was a welcome guest at the European stages in the ‘60s and ‘70s. Not only did the Copenhagen-based progenitor of bop tenor sax and hard bop giant play festivals, he also participated in tours in little places across countries like The Netherlands. Here’s a fragment from a letter that Gordon wrote to friends in Denmark: “This tour is quite fantastic; we are traveling through Holland, Germany, Luxembourg, Belgium and France! It’s six weeks no, seven and I’m getting rich! Anyway, it’s very well organized and seems to be a success. For the most part I’m working with the same group…”. 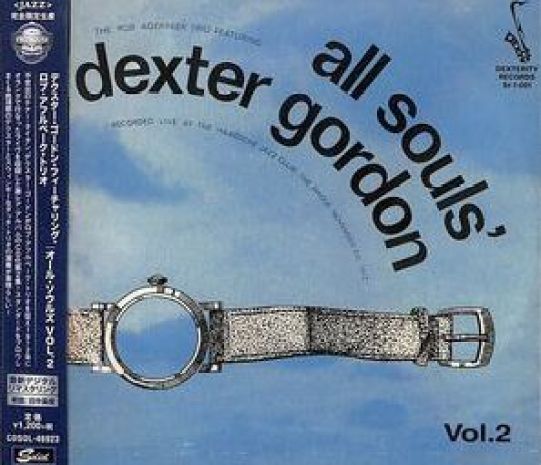 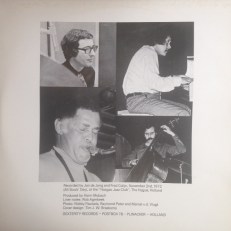 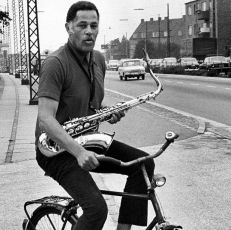 That band consisted of pianists Rein de Graaff and occasional substitute Rob Agerbeek, bassist Henk Haverhoek and drummer Eric Ineke. All Souls, with Agerbeek at the piano, was recorded on November 2, 1972 at the Haagse Jazz Club in The Hague, The Netherlands. Gordon is in excellent form. All Souls was reviewed in Flophouse Magazine in 2017, read the review here.

Eric Ineke once in conversation recounted to me the last time that he met Gordon at North Sea Jazz in the early ‘80s. Gordon waved and shouted, “S.O.S!”. Gordon did not mean that he was in clear and present danger, but instead added, “Same Old Shit!”. Long Tall Dex had style and humor. Ineke reflected that it was darkly humorous, because Gordon was getting more tired and burned out at the latter stage of his life.

Find All Souls on Ultra Vybe here. Distribution from The Netherlands is scheduled for this year. And good luck with the vintage vinyl hunt, of course.