I doubt if there is any artist in the history of jazz that released three similarly titled records in his or her career other than Shirley Scott. Miss Scott furthermore pulled the rip-tickling trick over the course of three decades.

Shirley Scott is one of the most beloved jazz organists who sustained a prolific career including recordings for Prestige, Blue Note, Impulse, Atlantic, Muse and Candid. Scott hailed from Philadelphia, quintessential organ jazz town. She was married with tenor saxophonist Stanley Turrentine in the 60s and also teamed up with him in the studio and clubs. The gelling of Scott’s soulful and church-rooted style and Turrentine’s blues-inflected phrasing is very appealing.

The first Great Scott record was Scott’s debut album in May, 1958 on Prestige. By then, Scott had been cooperating with tenor saxophonist Eddie “Lockjaw” Davis for some time, having recorded for King and Roulette. Their cooperation on Prestige climaxed with the jukebox blues hit In The Kitchen in the summer of 1958. Great Scott ’58 displays Scott’s versatility, ranging from blues to the modern jazz of Cherokee and Miles Davis/Eddie “Cleanhead” Vinson’s Four. Her Prestige (and subsidiary Moodsville) records – a staggering total of 23 titles – are marked by the organ’s open, orchestral settings, an old-fashioned sound that I feel detracts from her playing but it locks tight with the alert and driving rhythm section of bassist George Duvivier and drummer Arthur Edgehill. She recorded prolifically with Duvivier and Edgehill.

Listen to Scott’s The Scott. 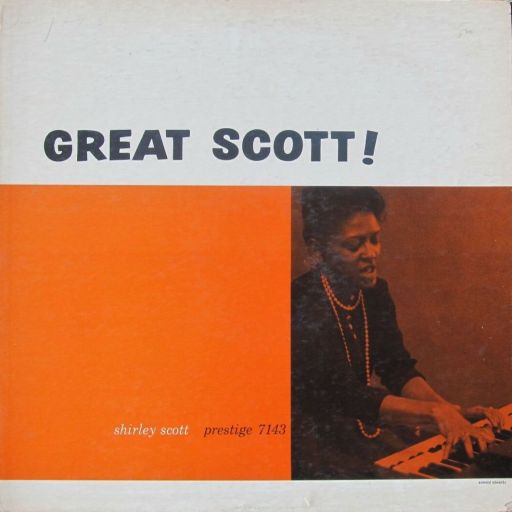 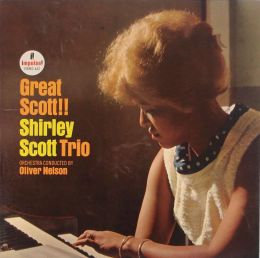 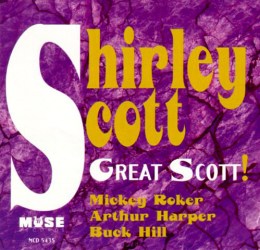 Great Scott ’64 is a different ballgame. Impulse coupled Scott with arranger Oliver Nelson, who created a lush, driving big band texture. Scott finally came around to a more modern, percussive setting of the Hammond B3 organ and her single lines weave in and out of Nelson’s swelling brass and reed harmonies. I personally prefer Scott’s Impulse period. It did not exclusively feature big band albums. Her live date at the Front Room in Newark, New Jersey with Turrentine, Queen Of The Organ, is a cooker.

Hear how Scott takes on Oliver Nelson’s Hoe Down.

Scott struggled through the 80s, which was a bad time for organ jazz, concentrating instead on piano and teaching. She was more active again in the 90s. Her solid Great Scott ’91 record featured tenor saxophonist Buck Hill, bassist Art Harper and drummer Mickey Roker. Nothing like the combination of Hammond organ, Leslie speaker and tenor saxophone, it’s like tequila, lemon and salt. Scott squeezed every inch out of the format for almost five decades.

Shirley Scott passed away in 2002.