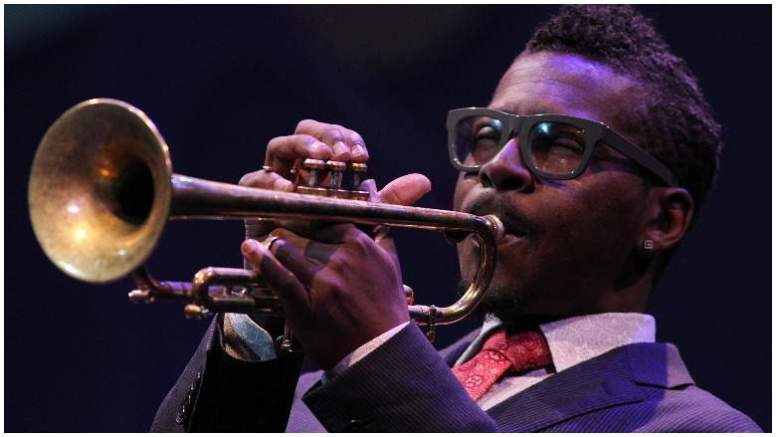 A shiver went through the jazz world with the passing of trumpeter Roy Hargrove on November 2. Hargrove, who suffered from kidney failure, died of cardiac arrest in the hospital. He was 49. Few carried on the torch of real jazz as brilliantly, fiery and sensitively as Hargrove. When touring in Europe, Hargrove regularly performed in jazz club Porgy & Bess in Terneuzen, The Netherlands, birthplace of yours truly. Hargrove and Porgy’s management had a special rapport since the early nineties. Like many, Porgy is saddened by the loss of the acclaimed trumpet and flugelhorn player. Read an overview of comments on Hargrove’s passing below.

“Y’all don’t even understand. I lost my spirit brother today. I remember I first started hearing about this dude when I was around 12-years-old. When I would hang out and get lessons from Wynton Marsalis, he would tell me about this cat around my age from Texas by the name of Roy Hargrove who was a prodigy like me. I didn’t meet him face-to-face for another 4 years or so, but as you can imagine, the excitement built in my mind. Who is this little mothafucka playing as much horn as me? In my mind, I was the only one. When we first met, I felt like I had reunited with my long, lost soul brother. I felt so much love for him instantly. Much in the same way I locked eyes with my son for the first time, there was a kindred feeling of family present from the jump.

Years later, Wynton had this series he started at Lincoln Center called the Battle Royale. He pit Roy and I against each other on the old standard called “Just Friends.” How ironic. Haha… Anyway, if you can find that tape anywhere, you’ll hear perhaps the most heated trumpet battle you’ve ever heard in your life. We loved each other, but we were going for blood. The vibe in the room was electric and it was very clear who the next two trumpet stars on the scene were to be.

That event signaled the start of the music industry doing everything in its power to create of web of conflict between the two of us. And like brothers, we fought over everything: the same record company, the same gigs, the same women. We kept each other in check and made each other our best selves. I couldn’t go anywhere without him right there. Even my big Grammy night when I thought I would one up him, he won his first Grammy the same night. That little mothafucka! lol

There aren’t many relationships like ours in the world. The closest I can think of is that of Magic Johnson and Isiah Thomas, or even better, Phife and Tip. The world got the best of the best because we both existed. And now he’s gone. It’s just me and it hurts beyond belief.

With every note, this brother dripped soul. In every phrase, he never let you forget you were listening to a Black man playing that horn. He inspires me to no end.”

“I have no words over the loss of my dear brother of 31 years. We played on a lot of sessions together, laughed a lot together, bickered on occasion – and I wouldn’t change our relationship for anything in the world. Bless you, Roy Hargrove.” 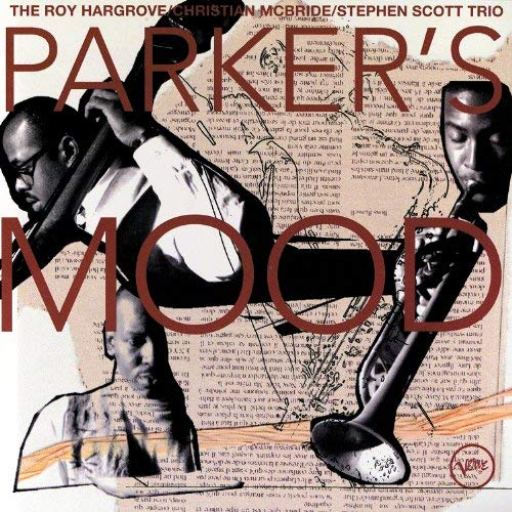 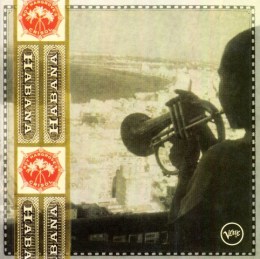 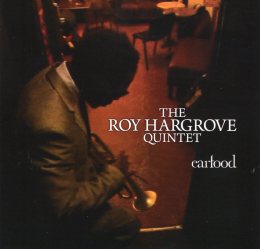 “I remember being at Clark Terry’s house one night when Clark and Al Grey got home from the road. We were sitting around the kitchen table and Clark told us about a fourteen-year old trumpet player he’d just heard down in Texas. ‘Remember his name, Roy Hargrove,’ he said. ‘That young one is a Chosen One. He came into this world anointed.”

“We lost a true missionary and minister of our music this past week in Roy Hargrove.

Although he faced an uphill battle with his health over the years, it didn’t deter him or even slow him down from doing what he was undoubtedly born to do – minister through music. That he did until the end.

I first met Roy Hargrove in 1986 at Booker T. Washington High School for the Performing Arts in Dallas, Texas. He was a 16 years old phenom playing lead trumpet parts with incredible accuracy and also improvising original solos with gleaming nuggets of melody swimming in harmonic sophistication with generous helpings of downhome blues and soul.

Roy played piano, wrote songs, sang and had a great sense of humor. To top it all off, he possessed an unerring sense of time, in the pocket at any tempo fast or slow. Kids in the school just loved him and were all excited about his great musicianship and about the magic they experienced everyday listening to him and playing with him.

He played with an unusual and infectious combination of fire, honesty and sweet innocence. The first time I heard him it was clear, he was an absolute natural with phenomenal ears, a great memory and tremendous dexterity on our instrument.

He was diligent about his playing technically and emotionally. Playing with an uncommon depth of feeling with a very developed internal sense of that which is unspeakable about the intimate. A Roy ballad was always exquisite.

Just as many in the continuum of our music poured information and aspirations into him, Roy gave selflessly to others, particularly to young musicians. He did everything he could to ensure that the circle would not be broken, at least not on his watch.

His participation on the scene in New York most reminded me of Woody Shaw. Roy continued Woody’s tradition of sitting in all around town and of playing, of encouraging everyone to play (not just with incredible solos), but with knowledge of songs and with advice and with just the feeling of “we are in this together and this is worth doing, and it’s valuable.”

While I am truly saddened as I write this, I am also encouraged by the life and the legacy that Roy left. He meant it. 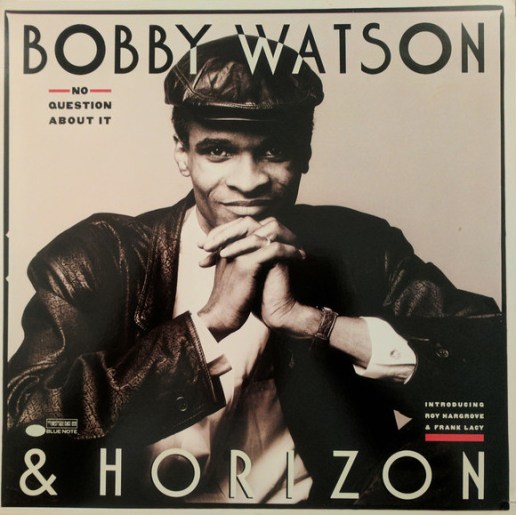 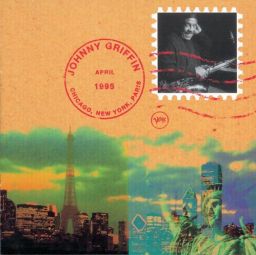 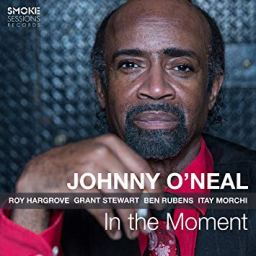 “Thoughts keep turning to Roy Hargrove and what we’ve lost.

Roy Hargrove made the scene. He showed up. As soon as his gig was over, he was out there at the next spot, hanging, playing, teaching, sharing, representing.

Roy Hargrove corrected other musicians when something was wrong or inappropriate to the music. He didn’t “vibe” them, he shared his knowledge and experience in an attempt to have the music better served. This is the furthest thing from hostility. It’s generosity. The few who take the effort and energy to do this make our music better.

Roy Hargrove dressed immaculately. Even if he was wearing jeans and Nikes, they were the right jeans and the right Nikes, and they complimented the rest of his outfit. He carried himself with grace and poise, and looked beautiful walking on stage before playing a single note. This helped draw audiences to him and made them more open to receiving his musical message.

Roy Hargrove led BANDS. His music was arranged. His sets had an arc, they had variety, they had drama, they went from one song right into the next, no bullshiting, no chance for the spell to be broken.

Roy Hargrove played standards. He loved the American Songbook and he dug deep into it.

Roy Hargrove played BALLADS. There’s a lot of them out there besides Body and Soul, many of the greatest songs ever written.

Roy Hargrove could play in any bag, any style, it was all just music to him. But when he spoke about learning, he continued to speak of Bird, Dizzy, Monk, Bud Powell, all of whom he felt were overlooked, and whose music he described as “the fabric of jazz.”

Roy Hargrove was all about the music. He didn’t seem to have much of an ego, at least as a musician. In a world of mercenaries out for themselves, he was a soldier in service to the kingdom of music. And music gave back to him unfailingly.” 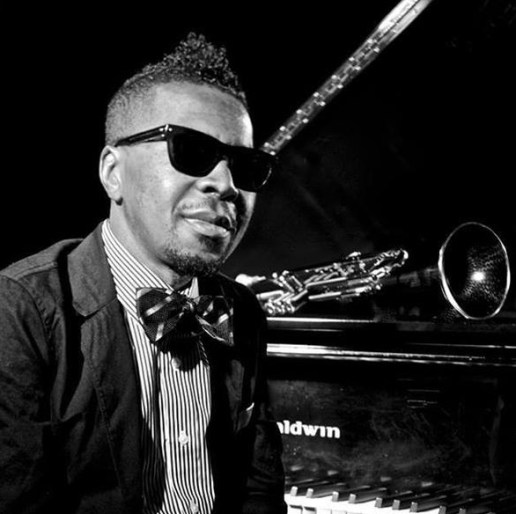 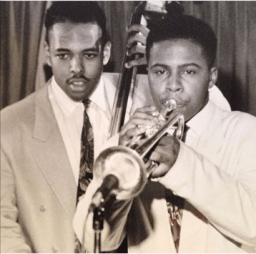 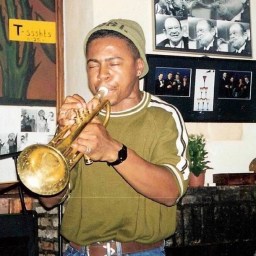