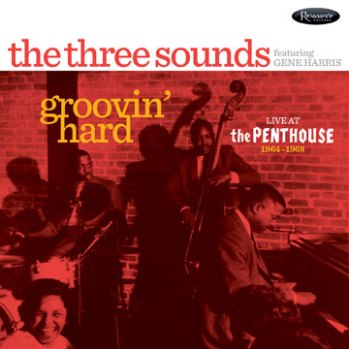 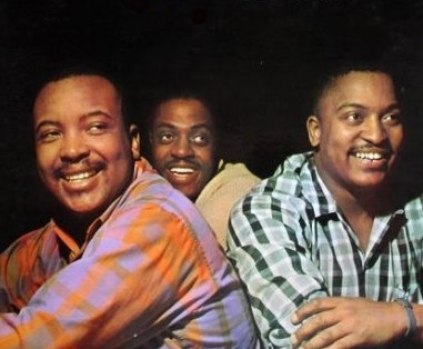 THE THREE SOUNDS – What exactly is the definition of ‘soul jazz’ is still up for discussion. Strictly speaking, soul jazz signifies the period in the mid-sixties when jazz artists started interpreting the popular tunes of the day, Jimmy McGriff’s Uptight and Ramsey Lewis’ The In-Crowd being major cases in point. In a broader sense soul jazz has always been regarded as earthy, blues-drenched mainstream jazz, a rainbow under which, starting in the fifties, resides a myriad of artists like Jimmy Forrest, Eddie “Lockjaw” Davis, Gene Ammons, Cannonball Adderley, Stanley Turrentine and Jimmy Smith, to name but a few. In the early sixties, soul jazz became a fad on zillion album sleeves and in countless advertisements, particularly by Prestige, unintentionally incited by Cannonball Adderley, whose unforgettable spoken introduction earmarking ‘soul’ as the core of their art form on his quintet’s In San Francisco was also acted upon by Riverside. The general consensus is, and was, that soul jazz was tending to the black folks that let their hair down in the clubs – the fine-tuned network of clubs of the so-called chitlin’ circuit – after a hard day’s work. Entertainment. The lines for artists weren’t as strict as one would presume. For some, like Bobby Timmons or Ray Bryant, soul jazz was just one of the ways available to express their jazz personalities, for others, like tenor saxophonist Willis Jackson, it was their one and only thang. Soul jazz has often been downplayed in regard to its low-brow ethic. Rather foolish, the value of soul jazz as a breeding ground for classic jazz musicians – the hard-worn discipline of the road and the musical lessons of experienced elders – cannot be overstated.

Without a doubt, The Three Sounds featuring pianist Gene Harris was a group that pleased crowds with pleasant, down-home, groovy ‘soul’ jazz. In fact, it was the biggest selling soul jazz act on the Blue Note roster. Resonance Records, the company that also released the stellar albums of previously unreleased material John Coltrane – Offering, Bill Evans – Some Other Time and Larry Young – In Paris, has recently released The Three Sounds – Groovin’ Hard: Live At The Penthouse 1964-1968. The Three Sounds lasted in various combinations from 1958 to 1971, for a big part with the original line up of Gene Harris, bassist Andrew Simpkins and drummer Bill Dowdy. Groovin’ Hard is available on CD and as a download, but the real treat, of course, is the vinyl edition. As usual, the package is a luxury bag of top-rate mastered 180-gram vinyl, an extensive, insightful book of essays and photographs.