Great news! On March 11, Resonance Records released a goldmine for fans of organist Larry Young. Larry Young – In Paris: The ORTF Recordings features live material and studio sessions that were recorded for radio broadcasting during the periods that Young lived in Paris in 1964/65. Larry Young took Hammond organ jazz beyond its church roots and the bop ethos of Jimmy Smith, adding whole tone scales and the modal inventions of John Coltrane and McCoy Tyner to a clean, articulate sound and restrained, meaningful phrasing. The result was a new and amazingly free-flowing kind of organ jazz. Young’s Blue Note albums and cooperations with guitarist Grant Green and drummer Elvin Jones are classic. The organist is best-known for his role on Miles Davis’ Bitches Brew. Back in the USA at the end of 1965, Young released his masterpiece Unity.

Read about Larry Young in Paris on Resonance’s website here.
And check out the trailer here. 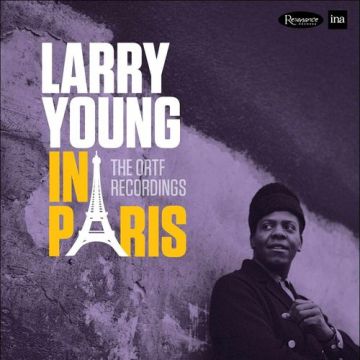