They used to call it “scufflin'”. I remember reading about tenor saxophonist Tina Brooks, virtually unknown during his lifetime but posthumously heralded as one of the finest hard bop saxophonists of the sixties on the strength of his Blue Note records and side dates. Colleagues remember seeing the disheveled saxophonist at some corner bar, ‘scufflin’ for small change.

Times have changed, circumstances differ. But almost every musician knows the meaning of scufflin’.

In my country of origin, The Netherlands, there is a subsidy system. It is in need of revision, perhaps ever since it was started amidst the “battle” of avant garde and tradition in the 1970’s. There’s a problem at the heart of the system and that is bureaucracy. Firstly, musicians have to submit plans more than a year in advance but only 25 percent of submissions are granted. Secondly, there always have been doubts about the way membership of the subsidy commission is organized. Who makes decisions? Either colleagues or non-musical bureaucrats. It’s problematic.

Moreover, the Dutch government cut back on its cultural budget since the ’10s, which hit the jazz world hard. Clubs disappeared or had trouble paying musicians a decent contribution, which is often below the legally determined minimum wage. Conservatories spit out myriad graduates looking for work that isn’t there… The pandemic, obviously, has major negative effects as well.

Nationaal Podium Plan intends to better circumstances for jazz and world musicians. The initiative has been in the makings for a couple of years, instigated by, among others, saxophonists Ben van den Dungen and Alexander Beets, cultural entrepeneur Oscar van der Pluijm and Sena’s Anita Verheggen. It is supported by Kunstenbond, Toonkunstenaarsbond and Sena, representative organization for musician’s wages.

Van den Dungen commented on the plan in De Volkskrant on May 31. “All the musician has to do is sign in and propose a project in cooperation with the platform. Evidence that the performance has actually taken place is a prerequisite. The platform has to pay at least more than half of the minimum wage of 265 Euro. The rest is taken care of by Sena.” 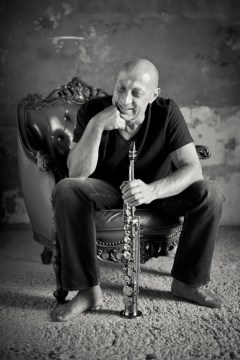 There are other requirements. The grant is meant for platforms and artists that do not structurally receive subsidy. The group is required to have been in existence for at least a year with a minimum of six concerts under its belt. Point of it all is a cut on paperwork and sincere criteria.

Oscar van der Pluijm in Jazzradar: “The most important thing is that this plan helps to bring musicians to play at new spots. It doesn’t matter if they’re renovated churches or farm sheds or living rooms. Aficionados organize concerts all over Holland. They’re under the radar. We can support them and at the same time take care of a decent wage for the musicians.” 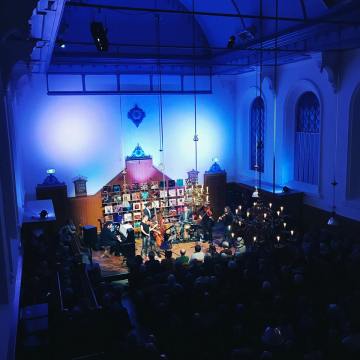 It is interesting to see how this thoughtful plan will evolve the coming year, not only from a jazz and world point of view. Pop music will most likely be included before the end of this year. Similar art forms and cultural endeavors should take note, as the plan challenges the idea of ‘commissioned’ grants for ‘winners that take all’.