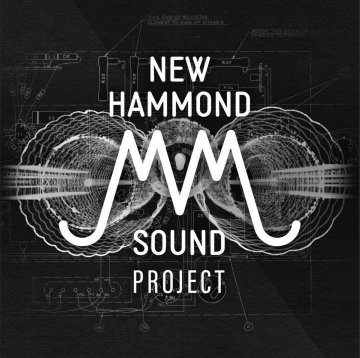 
Remember Prince singing: “I’ve seen the future and it will be.”

That was about Batman. But the Purple Pied Piper saw the writing on the musical wall as well. He knew the future was hip hop. And he saw that it “worked”. At least until it came to a grounding halt in the ratrace of the corporate realm.

I’ve seen the future of the Hammond organ and it works through the creative and technological endeavors of organist Carlo de Wijs and his associates of the New Hammond Sound Project. A first-hand account of the workings of his Modular “hybrid” Hammond can be found in our interview here. I saw New Hammond Sound perform at Hammond Happening last year, read here.

As one of the select few that experiments with the integration of modern technology into the analog, tonewheel-driven Hammond B3 organ, De Wijs created a truly one-of-a-kind instrument that fulfills the promise of the “primitive” innovations of forebears as diverse as Joe Zawinul and Lou Bennett. It should be only a matter of time until the industry picks up on it.

The question arises what is to be done with the Modular Hammond on a creative level and De Wijs gives a push with his first New Hammond Sound Project LP, recorded in cooperation with drummer Jordi Geuens in real time, quite a feat that New Hammond Sound repeats in a live setting with the addition of Job van Nuenen’s visual arts. The Hammond organ is heard in all its splendid and new-found glory on six tracks that are not jazz but show big chunks of jazz in the way De Wijs phrases his stories; six De Wijs compositions that have a trance-like quality, begging for an audience at the periphery of the mainstream.

Is New Hammond Sound a kind of urban doom jazz trance? Perhaps. Sometimes De Wijs meets Kraftwerk (Twin Souls), sometimes tunes are infused by shades of Paul Bley’s Synthesizer Show (Drawbar Beats) or Procol Harem (Element DM). There’s a certain Stevie Wonder motive that De Wijs builds into a soulful thread (Relation, the one tune that would have benefited from a more ‘loose’ drummer than Geuens, whose otherwise super-tight drumming is the tie that binds) that he graces with gritty lines like a revved-up Jimmy McGriff. There’s that intense climax (Element 80) that feels like Wilco on a Krautrock kick. So much for comparisons. New Hammond Sound is diverse but coherent, a set of futuristic grooves dramatized by De Wijs’s staggering variety of sounds that range from pure Baptist Church organ and other-wordly crunch to eerie impressions of thick fog. It’s underscored by loops, oscillated undercurrents, bleeps and what not, and a Moog bass that rumbles from the depth of the ocean.

Speaking about water, it is hardly superfluous to state that De Wijs is dancing in the rain and has tossed away the umbrella. Bold steps, perhaps not entirely surprising when you take a closer look at the career of the 57-year old organist, who has continually ventured beyond his straight-forward jazz roots.

Check out the website of Carlo de Wijs here.