ERIC INEKE – On Saturday, April 1, drummer Eric Ineke will be celebrating his 70th birthday with a Super Jam at the Bimhuis in Amsterdam. There will be performances by Ineke and other Dutch luminaries such as Rein de Graaff, Ruud Jacobs, Peter Beets and Tineke Postma. Find info and tickets here. 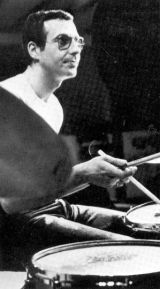