The discography of Sonny Stitt is so vast, it’s bound to include some average affairs. Night Crawler is one of them. It, like much of Stitt’s organ combo work from the sixties, doesn’t possess the brilliance of his bop playing in the fifties or career-defining early seventies work, but sets a good groove. Stitt’s playing, however, isn’t very spirited. 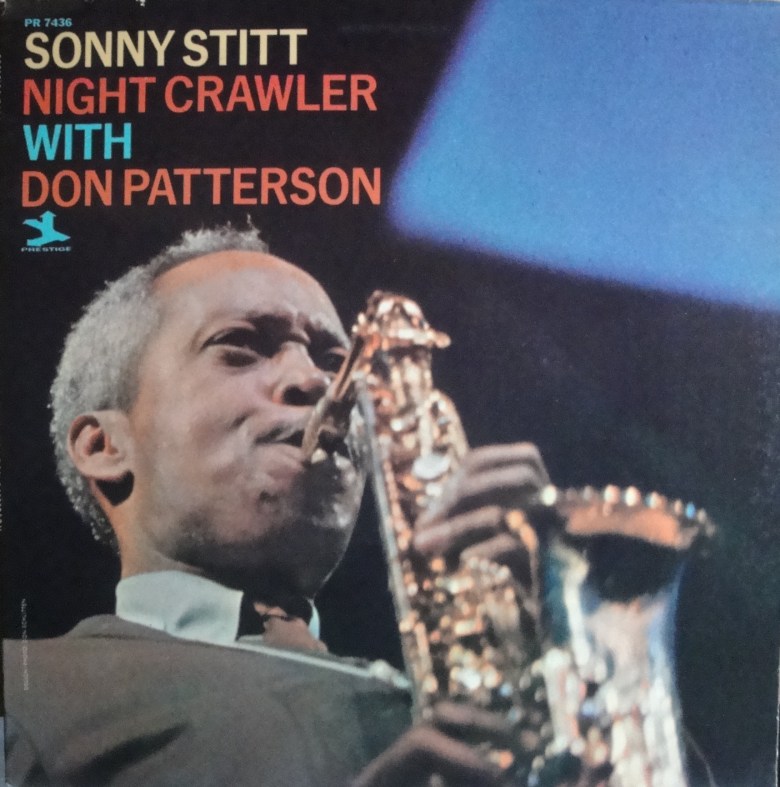 Side A:
All God’s Children Got Rhythm
Answering Service
Tangerine
Side B:
Night Crawler
Who Can I Turn To?


For a big part, Night Crawler relies on the classic AABA-song structure. Stitt also returns to the well-worn warhorse All God’s Children Got Rhythm. Although not really on fire, Stitt’s beautiful execution nevertheless is a thing to be treasured.

Stitt’s delivery on alto is ultra-clean and bop’s signature techniques such as double timing and the trading of fast fours are played in a seemingly effortless manner. Night Crawler being the one funky blues, it’s not surprisingly chosen as album title. It’s just one of six tracks on which organist Don Patterson displays a wonderful sense of restraint. Night Crawler is part of a series of albums in which this trio cooperates. (e.g. Low Flame, Soul People and Don Patterson’s Funk You) They also were a working band. It explains their smooth interplay.